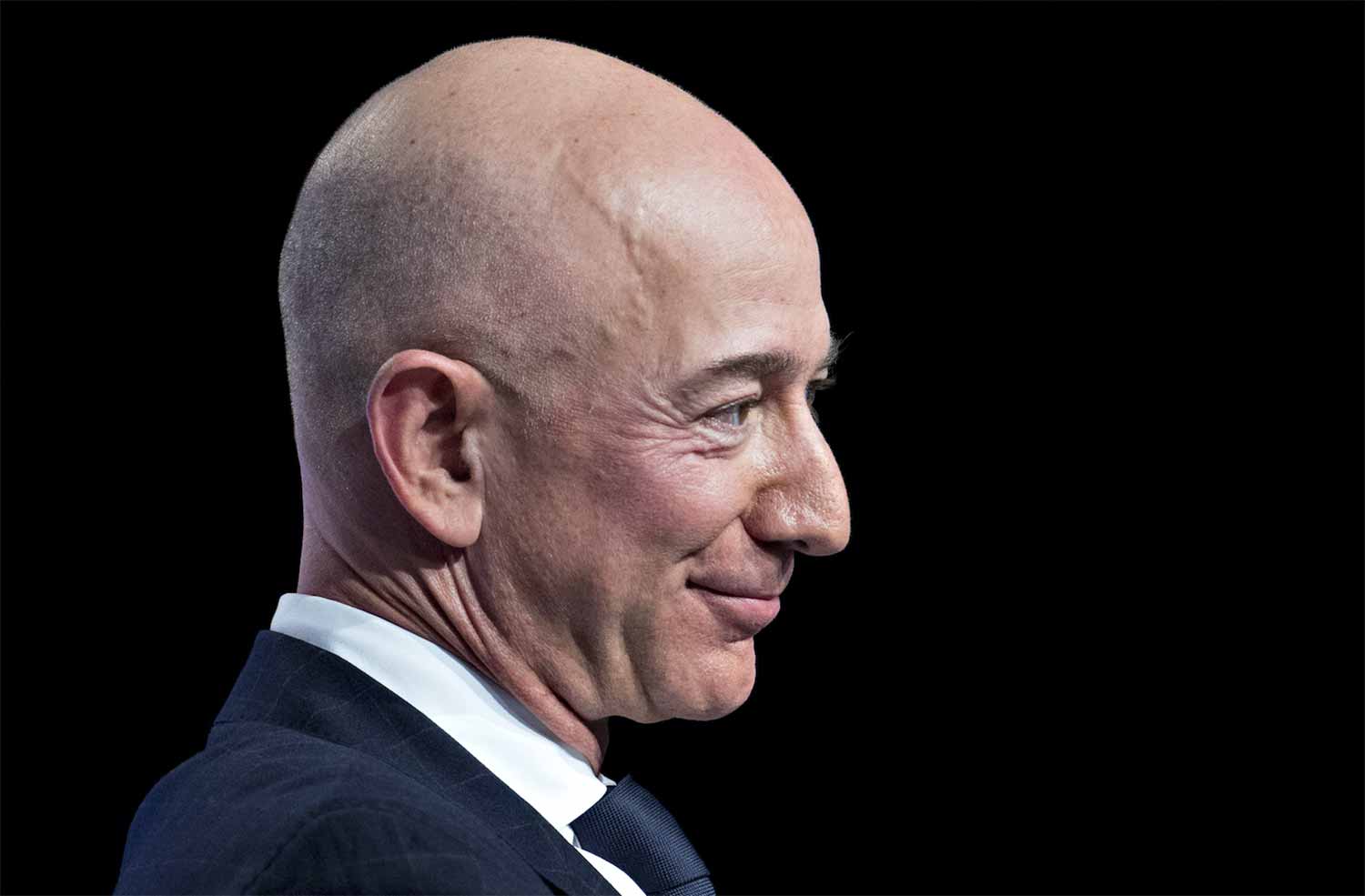 While some people have received some surprise tax bills when filing their returns, corporations continue to avoid paying tax — thanks to a cocktail of tax credits, loopholes, and exemptions.

According to a report from the Institute on Taxation and Economic Policy (ITEP), Amazon (AMZN) will pay nothing in federal income taxes for the second year in a row.

To top it off, Amazon actually reported a $129 million 2018 federal income tax rebate—making its tax rate -1%.

It may be ‘hard’ but it’s pretty clear that it’s one rule for the rich (and powerful) and another for the average Joe.

The company’s apparently nonexistent tax bill yet again highlights that there have always been major issues with corporate tax liability.  Yet, the US government and its people seem powerless to do anything about it!

A world in chaos: The obscenity of our prevailing socioeconomic system

Many years ago now, a powerful book was written and released called ‘Conversations with God’ by a then relatively unknown author Neale Donald Walsch.  Broken and destitute, Neale found himself writing an angry letter to God, who he called the biggest ‘victimiser’ of them all, and much to his surprise, he found God answering… directly and plainly in language he could understand.  He then went on to write a second and third book, completing a trilogy that would form the cornerstone of the teachings and the basis for future writings.

Taken as a whole, they point to the very structure of our society as the root cause of all the ills we are experiencing in this world.  Collectively, we seem to lack the WILL to change the status quo, when you bear in mind that these truths came out 25 years ago now – and they are still as relevant today as they ever were.  Perhaps more so!

the struggle between the “haves” and the “have-nots” has been going on forever and is epidemic on your planet. It will ever be thus so long as economic interests, rather than humanitarian interests, run the world—so long as man’s body, and not man’s soul, is man’s highest concern.

I continue to point out—though most of you do not want to see it or admit it—that your socioeconomic mechanism systematically discriminates against classes of people. You are not providing equal opportunity all the while you are loudly protesting that you are. You need to believe your fiction about this, though, in order to keep feeling good about yourself, and you generally resent anyone who shows you the truth. You will all deny the evidence even as it is being presented it to you. Yours is a society of ostriches.

when do the rights of the few infringe upon the rights of the many? That is, and has always been, the question facing every civilized society. Does there come a time when the higher good of all supersedes individual rights? Does society have a responsibility to itself?

Crucial dialogue on wealth and capitalism

GOD: …the highest purpose of life is not the accumulation of wealth, but the doing of the greatest good – and a corollary awareness that, indeed, the concentration of wealth, not the sharing of it, is the largest single factor in the creation of the world’s most persistent and striking social and political dilemmas.

NEALE: The opportunity to amass wealth – unlimited wealth – is the corner stone of the capitalistic system, a system of free enterprise and open competition that has produced the greatest society the world has ever known

GOD: The problem is, you really believe that.

NEALE: No, I don’t. But I’ve mouthed it here on behalf of those who do believe it.

GOD: Those who believe it are terribly deluded and see nothing of the current reality on your planet. In the United States, the top one and a half percent hold more wealth than the bottom 90 percent. The net worth of the richest 834,000 people is nearly a trillion dollars greater than the poorest 84 million people combined.

NEALE: So? They’ve worked for it.

GOD: You Americans tend to see class status as a function of individual effort. Some have ‘made good,’ so you assume that anybody can. That view is simplistic and naive. It assumes that everyone has equal opportunity, when in fact, in America just as in Mexico, the rich and the powerful strive and contrive to hold on to their money and their power and to increase it.

NEALE: So? What’s wrong with that?

GOD: They do so by systematically eliminating competition, by institutionally minimizing true opportunity, and by collectively controlling the flow and the growth of wealth. This they accomplish through all manner of devices, from unfair labor practices which exploit the masses of the world’s poor to good-old-boy network competitive practices which minimise (and all but destroy) a newcomer’s chances of entering the Inner Circle of the successful. They then seek to control public policy and governmental programs around the world to further ensure that the masses of people remain regulated, controlled, and subservient.

NEALE: I don’t believe that the rich do this. Not the largest number of them. There may be a handful of conspirators, I suppose…

For example, let’s go back to health care in America. Millions of America’s poor haver no access to preventative medical care. One cannot point to any individual doctor  and say, ‘this is your doing, this is your fault’ that, in the richest nation on earth, millions cannot get in to see a doctor unless they’re in dire straits in an emergency room. No individual doctor is to blame for that, yet all doctors benefit. The entire medical profession – and every allied industry – enjoys unprecedented profits from a delivery system which has institutionalized discrimination against the working poor and the unemployed. And that’s just one example of how the ‘system’ keeps the rich rich and the poor poor.

The point is that it is the rich and powerful who support such social structures and staunchly resist any real effort to change them. They stand against any political or economic approach which seeks to provide true opportunity and genuine dignity to all people.

Most of the rich and powerful, taken individually, are certainly nice enough people, with as much compassion and sympathy as anyone. But mention a concept as threatening to them as yearly income limits (even ridiculously high limits…) and they start whining about usurpation of individual rights, erosion of the ‘American way,’ and ‘lost incentives.’

Yet what about the right of all people to live in minimally decent surroundings, with enough food to keep from starving, enough clothing to stay warm?

What about the right of people everywhere to have adequate health care – the right not to have to suffer or die from relatively minor medical complications which those with money overcome with the snap of a finger?

The resources of your planet – including the fruits of the labors of the masses of the indescribably poor who are continually and systematically exploited – belong to all the world’s people, not just those who are rich and powerful enough to do the exploiting.

And here is how the exploitation works: Your rich industrialists go into a country or an area where there is no work at all, where the people are destitute, where there is abject poverty. The rich set up a factory there, offering those poor people jobs – sometimes 10-, 12-, and 14- hour-a-day jobs – at substandard, if not to say subhuman, wages. Not enough, mind you, to allow those workers to escape their rat infested villages, but just enough to let them live that way, as opposed to having no food or shelter at all.

And when they are called on it, these capitalists say, ‘Hey, they’ve got it better than before, don’t they? We’ve improved their lot! The people are taking the jobs, aren’t they? Why, we’ve brought them opportunity! And we’re taking all the risk!”

Yet how much risk is there paying people 75 cents an hour to manufacture sneakers that cost $125 a pair?

Is this risk-taking or exploitation, pure and simple?

Such a system of rank obscenity could exist only in a world motivated  by greed, where profit margin, not human dignity, is the first consideration.

Those who say that ‘relative to the standards in their society, those peasants are doing wonderfully!’ are hypocrites of the first order. They would throw a drowning man a rope, but refuse to pull him to shore. Then they would brag that a rope is better than a rock.

Rather than raising the people to their true dignity, these ‘haves’ give the world’s ‘have-nots’ just enough to make them dependent  – but not enough to ever make them truly powerful. For people of true economic power have the ability to then impact, and not merely be subject to, ‘the system.’ And that’s the last thing the creators of the system want!

So go now – go your way – and by all means say nothing about the obscenity of a a socioeconomic system which rewards a corporate executive with a 70-million-dollar-bonus for increasing the sales of a soft drink, while 70 million people can’t afford the luxury of drinking the stuff – much less eating enough to stay healthy.

Don’t see the obscenity of it. Call this the world’s Free Market Economy, and tell everyone how proud you are of it.

Institute on Taxation and Economic Policy analysis of SEC filings