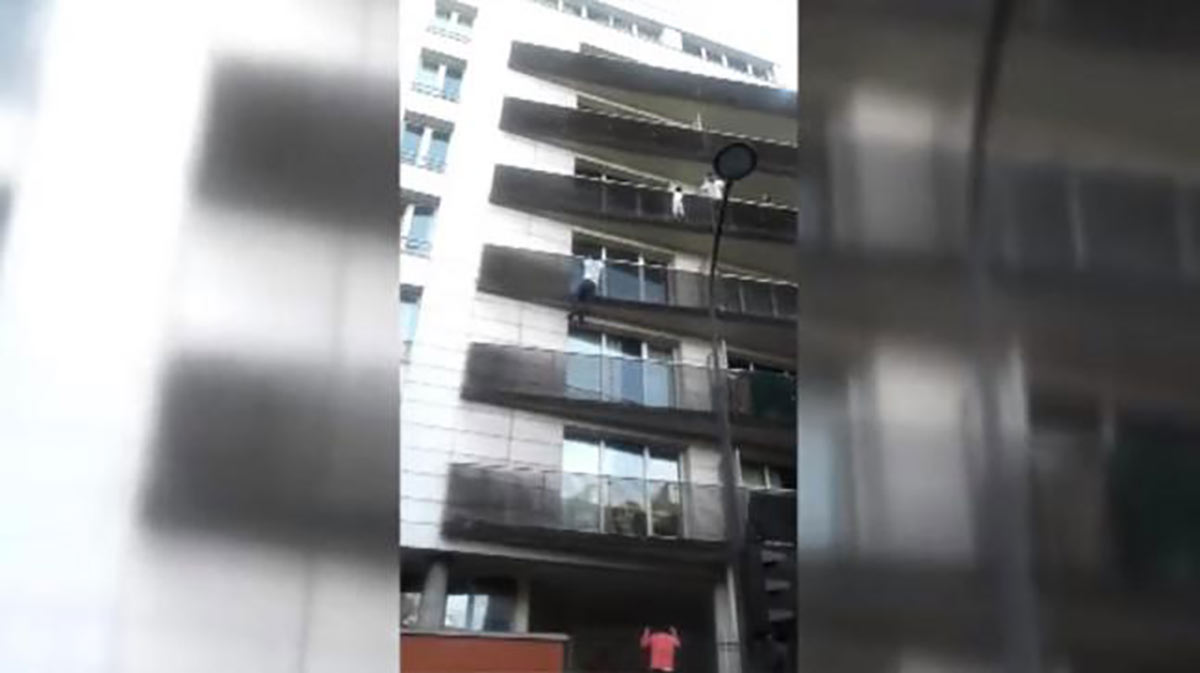 Extreme situations can paralyse us or they can summon our deepest resources and bring out the very best in us.  Yesterday, 27th May 2018, in Paris, a young Malian man was hailed a hero on Sunday after he sprang into action to save a four-year-old child hanging from a fourth-floor balcony by single-handedly scaling the facade of the building and hauling the youngster to safety.

Without a single thought for his own safety, Mamoudou Gassama took just seconds to reach the child in a spectacular rescue captured on film and viewed millions of times on social networks

A video of the 22-year-old rescuing the 4-year-old child went viral on social media on Sunday, which you can see below.

On reaching the fourth floor Gassama puts one leg over the balcony before reaching out with his right arm and grabbing the child.

Firefighters arrived at the scene to find the child had already been rescued.

“Luckily, there was someone who was physically fit and who had the courage to go and get the child,” a fire service spokesman said.

Paris mayor Anne Hidalgo praised the young migrant on Twitter for his “act of bravery” as well as phoning him personally to “thank him warmly”.

“He explained to me that he had arrived from Mali a few months ago dreaming of building his life here.

“I told him that his heroic act is an example to all citizens and that the city of Paris will obviously be very keen to support him in his efforts to settle in France,” she added.

The young Malian will next be honored for his brave rescue by French President Emmanuel Macron who has invited him to the Elysee Palace on Monday, his office told AFP.

Tracked down by reporters 24 hours after the heroic rescue, Gassama said he had acted without thinking.

“I saw all these people shouting, and cars sounding their horns. I climbed up like that and, thank God, I saved the child,” he said.

“I felt afraid when I saved the child… (when) we went into the living room, I started to shake, I could hardly stand up, I had to sit down,” he added.