15 Things You Don’t Know About Polio 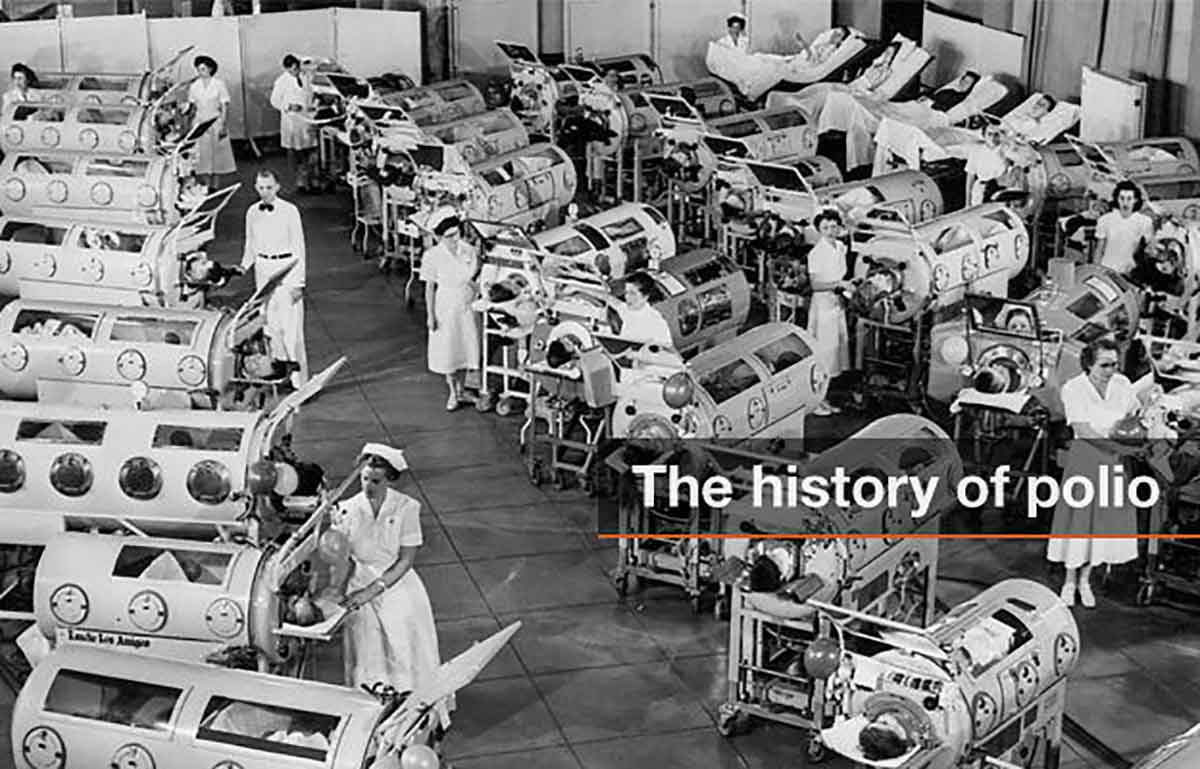 1. A pesticide common in the 1800’s was called Paris Green. A green liquid because it was a combination of copper and arsenic or lead and arsenic. Some of the most toxic substances known to humankind.

2. This pesticide worked by causing neurological damage in the bugs, causing organ failure.

4. Heavy metal poisoning from lead, mercury and other similar heavy metals manifest lesions on neurological tissues, meaning the toxin destroys the nerve/communication pathways connecting the brain to the organs in the body. http://bit.ly/1OLcFgG

5. Polio victims present lesions on neurological tissue, that cause the organs to malfunction all around the body. (lungs, heart, nerves that control walking etc)

6. Polio outbreaks hit throughout the summer, only during pesticide spraying times. (not the sunless and damp winter/spring seasons regarding other disease outbreaks)

7. Polio had and has NO ability to spread from infected victims to the uninfected. Polio infected clusters of people in the exact same areas, suddenly and swiftly. http://bit.ly/1P6zShV

8. Parents report finding their children paralyzed in and around apple orchards. One of the most heavily pesticide sprayed crops of the time (with lead arsenate or copper arsenate) were apple orchards.

9. President Roosevelt became paralyzed over night while at a summer retreat, which contained many crops, including apple orchards. He also swam the day prior in a bay that was heavily polluted by industrial agricultural run off. Summer again is when these paralysis based outbreaks would occur, as spraying of crops with extremely toxic chemicals would intensify as the crops hit a fully mature state. The pesticides we’re talking about were DESIGNED to terminate nervous system function in the bugs, which is “polio”……..which is and always has been complicit poisoning of the population by industry, government, science and medicine.

10. Dr. Ralph Scobey and Dr. Mortind Biskind testified in front of the U.S Congress in 1951 that the paralysis around the country known as polio was being caused by industrial poisons and that a virus theory was purposely fabricated by the chemical industry and the government to deflect litigation away from both parties. http://bit.ly/1DKDb3v

11. In 1956 the AMA (The American Medical Association) instructed each licensed medical doctor that they could no longer classify polio as polio, or their license to practice would be terminated. Any paralysis was now to be diagnosed as AFP (acute flaccid paralysis) MS, MD, Bell’s Palsy, cerebral palsy, ALS (Lou Gehrig’s Disease), Guillian-Barre, meningitis etc etc. http://bit.ly/1Ml3rpX This was orchestrated purposely to make the public believe polio was eradicated by the polio vaccine campaign but because the polio vaccine contained toxic ingredients directly linked to paralysis, polio cases (not identified as polio) were skyrocketing…but only in vaccinated areas. http://bit.ly/1WEHYzR Today most vaccine inserts declare paralysis as a potential side effect but “reframe it” as Guillian Barre or simply “paralysis”. This is purposely designed to obfuscate the public’s understanding of what causes paralysis, which is heavy metal poisoning plus vaccine induced autoimmunity……that ends with the body attacking and destroying its’ own nervous system pathways, in an rabid attempt to clean itself of the injected toxins. Guillian Barre and paralysis, as listed vaccine side effects, are also a way to get the public running east looking for a sunset, keeping them as far away as possible from connecting the dots around this medical polio con job. Aluminum and mercury are ingredients in most (if not all) vaccines today and both are proven to cause paralysis and motor neuron destruction………..known as many different names, depending on just how much the science/medical authority figure in the room wants to take advantage of you that day. http://bit.ly/2kga3CL

12. The first polio vaccine was worked on by Dr. Jonas Salk and human experiments using this vaccine were conducted purposely on orphans in government/church run institutions because they were vulnerable and didn’t require any parental consent signatures, as they had no parents. The vaccine was “declared safe” by “medicine” (as they always are even though that vaccine was killing and paralyzing monkeys in test trials) and that vaccine gave 40,000 orphans polio, permanently paralyzed hundreds and killed at least 10 children. All injuries and deaths under reported of course by the same authorities who orchestrated the atrocity. This was called The Cutter Incident. A focused attack on defenseless children, by people charged with their care. A poisoning of innocent children and then the excuses and apologies, regarding how it won’t happen again. Is this pattern still occurring today? The answer is obvious. http://1.usa.gov/1mEozNJ

13. The next “improved” polio vaccine, given to hundreds of millions, carried both the SV 40 cancer virus as well as the AIDS virus. Every step of the way, medicine declaring they know for sure, that this time, they have everything straightened out. Same story then, same story now. The only thing larger than the pile of broken medical and government promises, is the pile of broken and dead bodies. http://bit.ly/1HfHR7W Cancerous tumors, still being pulled out of people today, are riddled with SV40 cancer viruses from the government’s “safe and effective” and “approved” polio vaccine. http://bit.ly/1jGvysV

14. In the book Virus Mania, top scientists in the field declare that polio doesn’t and has never qualified as a viral disease because it fails to spread from person to person or animal to animal. If it’s not a viral disease, then what is it? The answer is heavy metal and other forms of toxic poisoning that causes partial or full paralysis. (destruction of the nervous system). Connect the dots. http://bit.ly/2ht7Lgd

15. The polio con job, ranked as 1 of the top 10 medical con jobs of all time, is clearly described in this selected chapter of the book “Dissolving Illusions” by leading medical doctor, Dr. Suzanne Humphries. The reason so much effort is placed into medical con jobs like this is to continually infuse the public with false fear regarding viruses that don’t exist, and also to provide false hope and blind faith belief in toxic vaccines and poisonous medications, which only worsen a population’s overall health status. The end result is the same, regardless of medical con. The elite groups who organize such fraud based operations increase tyrannical control over a diseased, die-empowered, depressed, dis-satisfied, dis-oriented and dumbed down population. Such a population is easier to control, steal from, manipulate and govern. It’s not really about polio or viruses, it’s about poisoning the population into a chemical lobotomized state that ends with increasing elite domination and iron fist control. http://bit.ly/2jeQpUa

When someone talks of any disease, in this day and age, they’re often just repeating what they were told by the government, media or medicine. When someone today repeats anything about polio and polio elimination based on vaccination, they’re repeating known lies, told by known liars. Repeating what you’re told and intelligence aren’t the same thing. Repeating or intelligence? The choice is yours. Repeaters are FIRM IN THEIR BELIEFS yet have NEVER researched beyond what they were told to believe. Such firm belief, with ZERO RESEARCH, is illogical and irrational. Research the hidden history of polio, the disease that never was. http://bit.ly/1DKDb3v