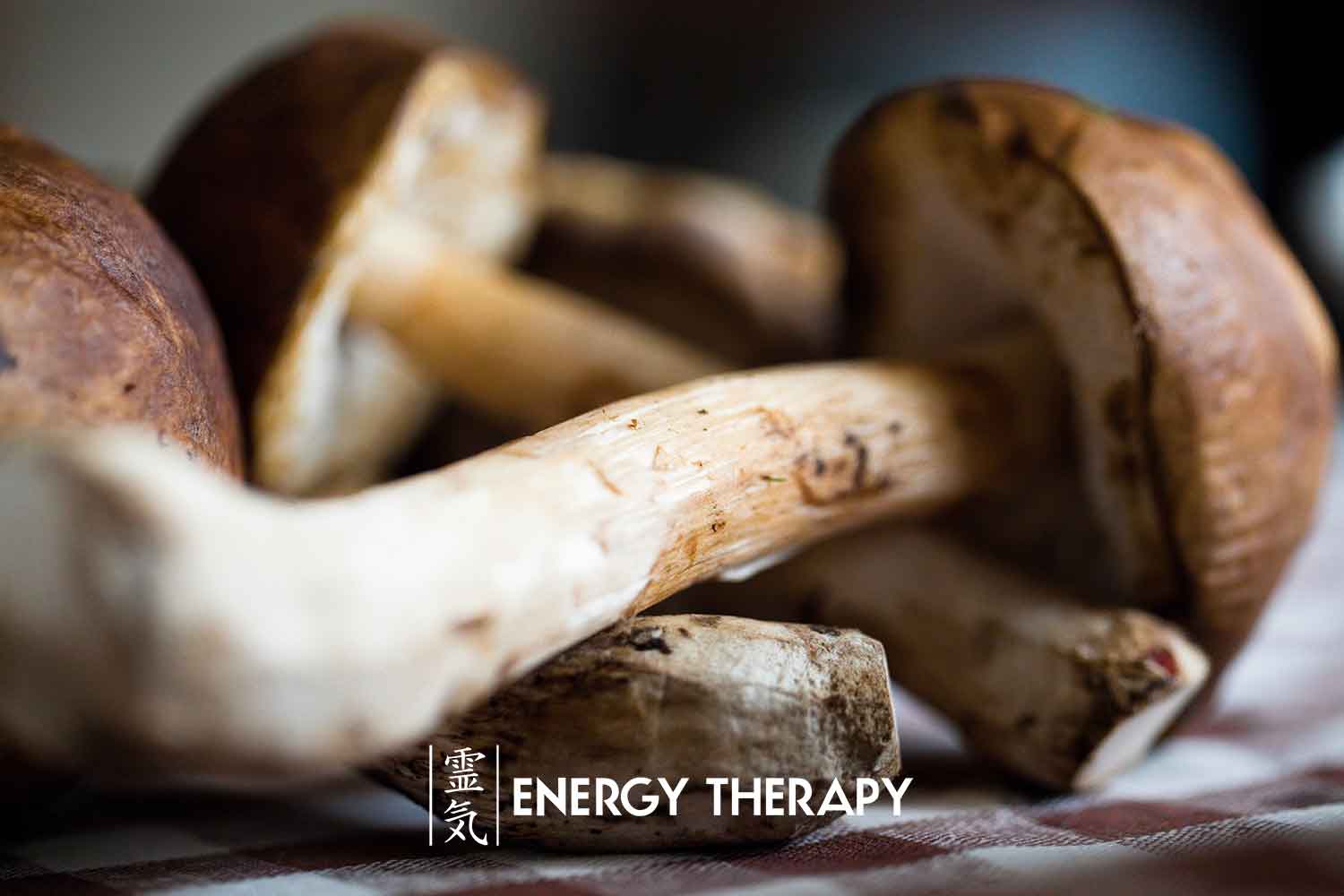 Mushrooms are mind-body medicinal fungi that are completely taking over mainstream alternative medicine because they are packed with powerful health benefits. This includes their ability to heal and transform your cells and immune health, enhance cognitive abilities and improve mental health, such as anxiety and depression.

Mushrooms contain anti-cancerous, antiviral, anti-inflammatory, and liver protective properties. These are just some of the benefits that a small variety of mushrooms, such as chaga, cordyceps, reishi, and lion’s mane contain.

Every type of mushroom has a unique sense of superhuman ability that either calms your central nervous system so that you can relax or wakes you up like a cup of coffee without the jitters or acidity (yes, there is such thing as mushroom coffee and other potent mushroom elixirs). Let’s dive into some of the best-selling mushrooms rich in polysaccharides and beta glucans, (the primary active immune-enhancing constituents). 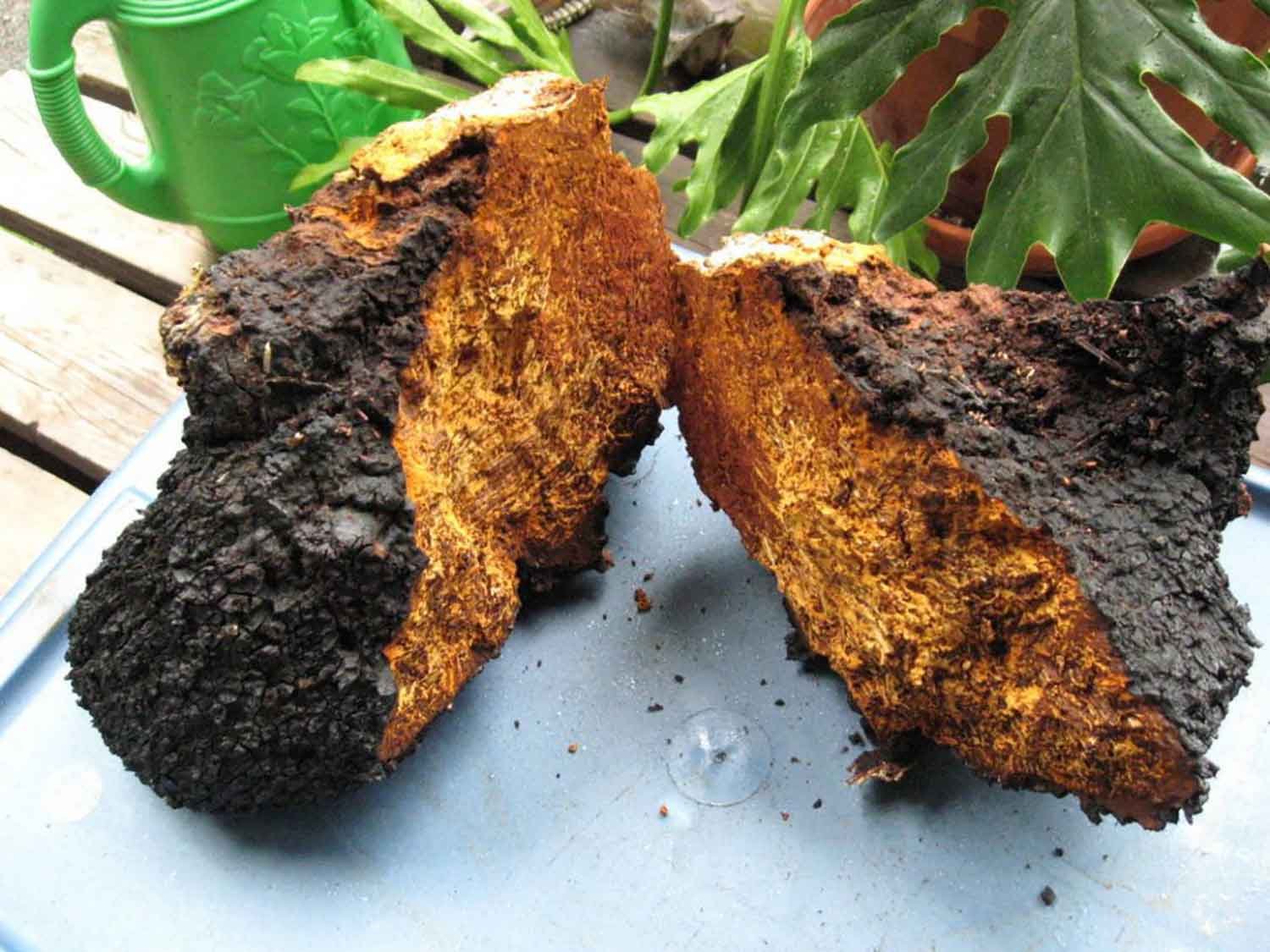 Chaga mushroom (Inonotus obliquus) is a fungus that is known as the “King of Medicinal Mushrooms.” It is the second most antioxidant-rich food next to cacao and is the most active anti-cancerous mushroom to date. In quite a few studies, chaga has been shown to be a top natural remedy to suppress cancer progression by promoting energy metabolism. It has more nutritional properties and antioxidants than green tea and moringa.

Chaga is found on yellow and white birch trees in cold regions like Siberia, northern Canada, Alaska, and some northern parts of the continental United States and has been used in traditional Chinese medicine for centuries.

Chaga mushrooms are renowned for improving immune function. Chaga is also a strong antibacterial and antiviral, making them helpful in preventing and recovering from cold and flu. High antioxidant levels also support cellular regeneration and protect against cellular damage and genetic mutation, such as cancer cells.

Chaga is the only mushroom to contain betulinic acid, which is a low pH and directly targets cancer cells, which also thrive in a primarily low pH environment. Chaga contains betulin, a precursor to betulinic acid, which has been shown to inhibit the cancer-promoting enzyme topoisomerase. The anti-cancer properties of betulin or betulinic acid are currently being studied as a chemotherapeutic agent.  Betulinic acid has been found to be active against skin, brain, ovarian and head and neck cancers by promoting apoptosis, or the natural progression of programmed cell death. Cancer cells do not go through this natural cellular life cycle and do not die, but continuously multiply. Finally, chaga contains melanin, which helps fight radiation and tumors.

It is also clinically proven to have anti-tumor and tumor reducing the benefits which aid in individuals with poor blood circulation, inflammation, and oxygenation of the blood. Chaga also contains high levels of a potent antioxidant called Superoxide Dismutase (SOD), which is essential for liver cleansing.

How to Prepare Chaga

While I was living in the Catskills, about two hours north of New York City, my good friend Paul owned a beautiful winery down the street from me. He would wander into the woods and harvest a huge variety of mushrooms. He called this harvesting “mushroom hunting.” He would go out at the perfect times: right after it rains during the summer months in the early mornings. But you would have to time it perfectly – as the mushrooms come up rather quickly and then disappear after a couple of hot days without rain.

You can simply eat chaga raw, and you can go into the woods, knock down your own chaga mushroom, (without taking off the bark of the tree along with it – this ensures mushrooms will continue growing on the particular bark of the tree). You can also let it dry in the sun, or dehydrate it, and then break off a piece, put it in a mortar and pestle and grind it into a powder, add it to hot water and make a tea or simply add it to a smoothie.

Doctors and nutritionists state that chaga need to be prepared properly because the cell walls of chaga and other mushrooms contain chitin, which is indigestible and must be broken down. Chitin is the same hard fiber that is found in the shell of a lobster. However, hot-water extraction and “dual extraction” are the only way to break down the chitinous walls and release the immune stimulating compounds or beta-glucans and polysaccharides structurally intact and undamaged. Dual-extraction is a two-step process entails using alcohol extraction to release fat-soluble compounds and then using a hot-water extraction in order to release water-soluble compounds. A heated liquid solution and dual-extraction methods can help make these compounds bioavailable.

Studies have shown that frying or boiling mushrooms damage the nutritional properties and microwaving the mushroom (yes, microwaving) actually has been found to be one of the best methods for the retention of total phenolics than other methods, such as frying, steaming, and boiling. 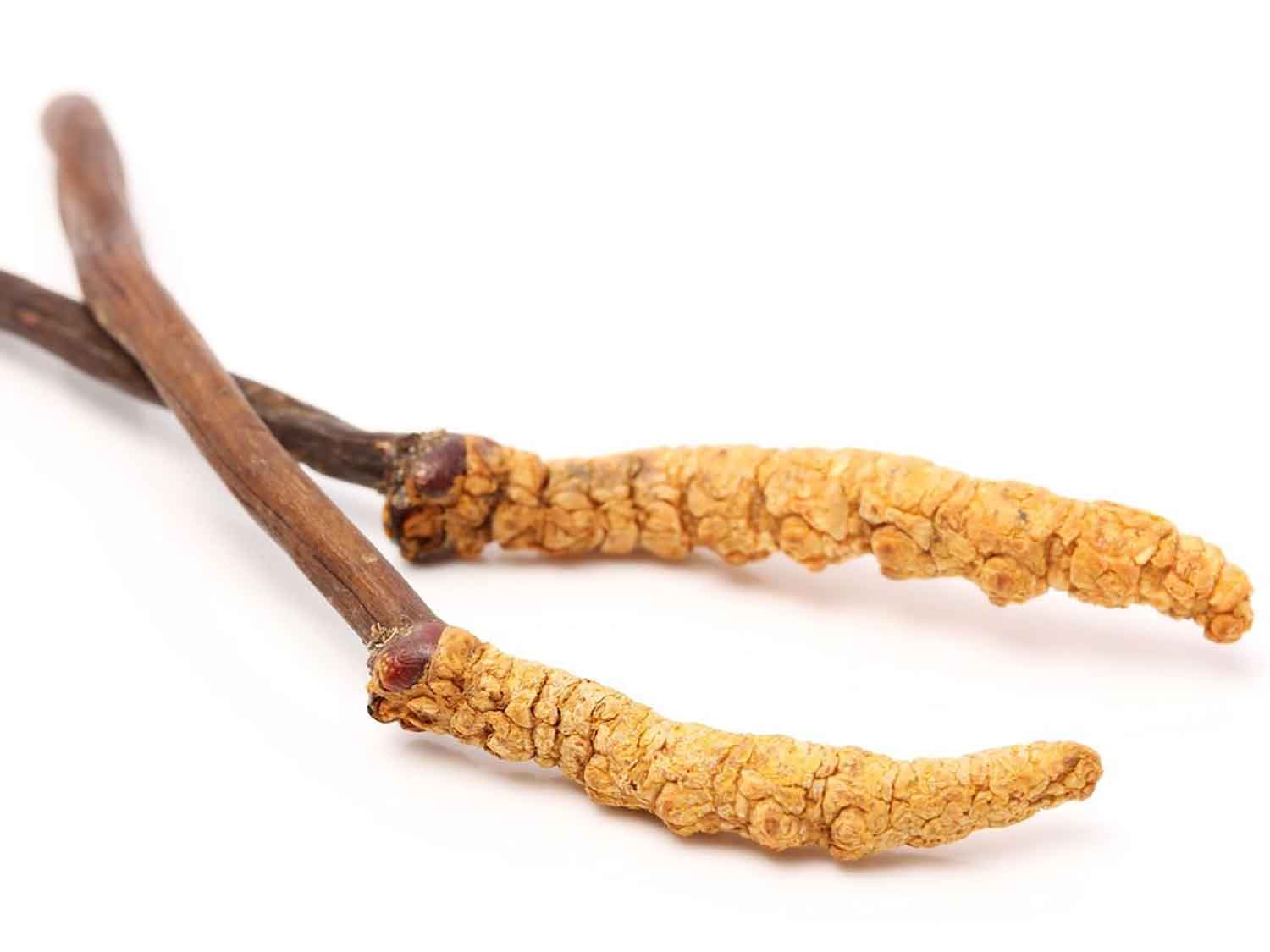 Cordyceps militaris is used in my favorite mushroom coffee drink at Four Sigmatic, so I will focus on this cordyceps species benefits mainly because I have personally felt a world of difference in my cognitive abilities vs. drinking a regular cup of joe. Also, the two species of cordyceps mushroom most widely used and valued in Traditional Chinese medicine are Cordyceps sinensis and Cordyceps militaris. Although Cordyceps sinensis is the popular and more expensive fungus, it is comparatively rare and cannot be easily grown in culture whereas cordyceps militaris is the most successfully cultivated species and found in most elixirs and supplements in the United States.

Cordyceps Militaris: A “Proprietor” of Benefits

It is specific for tonifying the lungs and dispelling phlegm, chronic coughs, asthma, cleansing the kidneys and liver, and it helps high cholesterol. It is also beneficial for increasing vitality and libido (and a treatment of low libido), colds, tinnitus, Lyme disease, general weakness and sexual hypofunction.

It also actively protects the mitochondria, the power house of our cells, and acts as a powerful antioxidant and radical scavenger. It also increases ATP generation (principal molecule for storing and transferring energy in cells) in the mitochondria and modulates immune responses intracellularly. Enhanced mitochondrial function amplifies energy levels and relieves people from chronic fatigue.

Cordyceps significantly improves learning and reduces memory impairment while protecting hippocampal neurons from lack of oxygen. Cordyceps contains fatty acids which promote brain health and increases the efficiency of the synapses and neuronal communication in the brain. Also, the vitamins in cordyceps, specifically B12 and magnesium, relieve “brain fog” and help you maintain focus while amplifying clarity and creativity. Also, the risk of brain atrophy, which is the reduction of neurons and their connections to each other, is significantly decreased.

Why Cordyceps Are Different From Other Mushrooms

While closely related to other mushrooms, cordyceps aren’t technically the same as most mushrooms and instead are classified as a powerful form of Ascomycetes fungus. This is because cordyceps are grown on the backs of caterpillars and other insects. It should be noted that all 600 species of cordyceps are endoparasitoids which are parasitic mainly on insects and other arthropods (they are known as an entomopathogenic fungus).

The generic name Cordyceps is derived from the Greek word kordyle, meaning “club,” and the Latin stem -ceps, meaning “head. Cordyceps has a long history as a rare and exotic medicinal fungus with many far leading healing effects. Cordyceps are perfectly harmless once harvested and prepared, and are considered a luxury superfood in the native origins.

Cordyceps are harvested in high mountain regions and hot and humid tropical forests of the world, such as Asia, most notably Nepal, Tibet, the Himalayas in China, Japan, Bhutan, Korea, Vietnam, and Thailand. Considered to be “exotic” healers, cordycep mushrooms have been mostly rare for much of history (considering they’re only found at altitudes 3,800 meters above sea level during certain times of the year and in only certain parts of the world where these special caterpillars and insects exist). They have a reputation for being “a precious longevity-promoting herb.”

Cordycep Tonics and Other Useful Remedies

You can utilize cordyceps in liquid extracts, tonics, tinctures, powders, and capsules. Don’t forget to look for dual-extracted or hot-water extraction of these shrooms since this is one of the best methods for retaining high nutritional properties. If you would like to buy chaga whole and dual-extract yourself, I recommend boiling in hot water to make soup or stew. If you would like to buy a supplement, I’d probably recommend a liquid extract or powder form.

The Chaga and Cordyceps Pick-me-up

You can check out these great recipes and more from my friends over at Four Sigmatic. Be sure to check out their mushroom academy – it’s free. If you’re interested in learning more about mushrooms, please check out my article, The Healing Mushroom Therapy Guide II: Reishi & Lion’s Mane.

Mushrooms may interact with pharmaceutical medications so please read side effects and dosage requirements; you may wish to consult your doctor and/or health physician for further guidance. Reference: http://www.livestrong.com/article/403273-side-effects-of-the-chaga-mushroom/