Cryotherapy: Miracles For Your Health 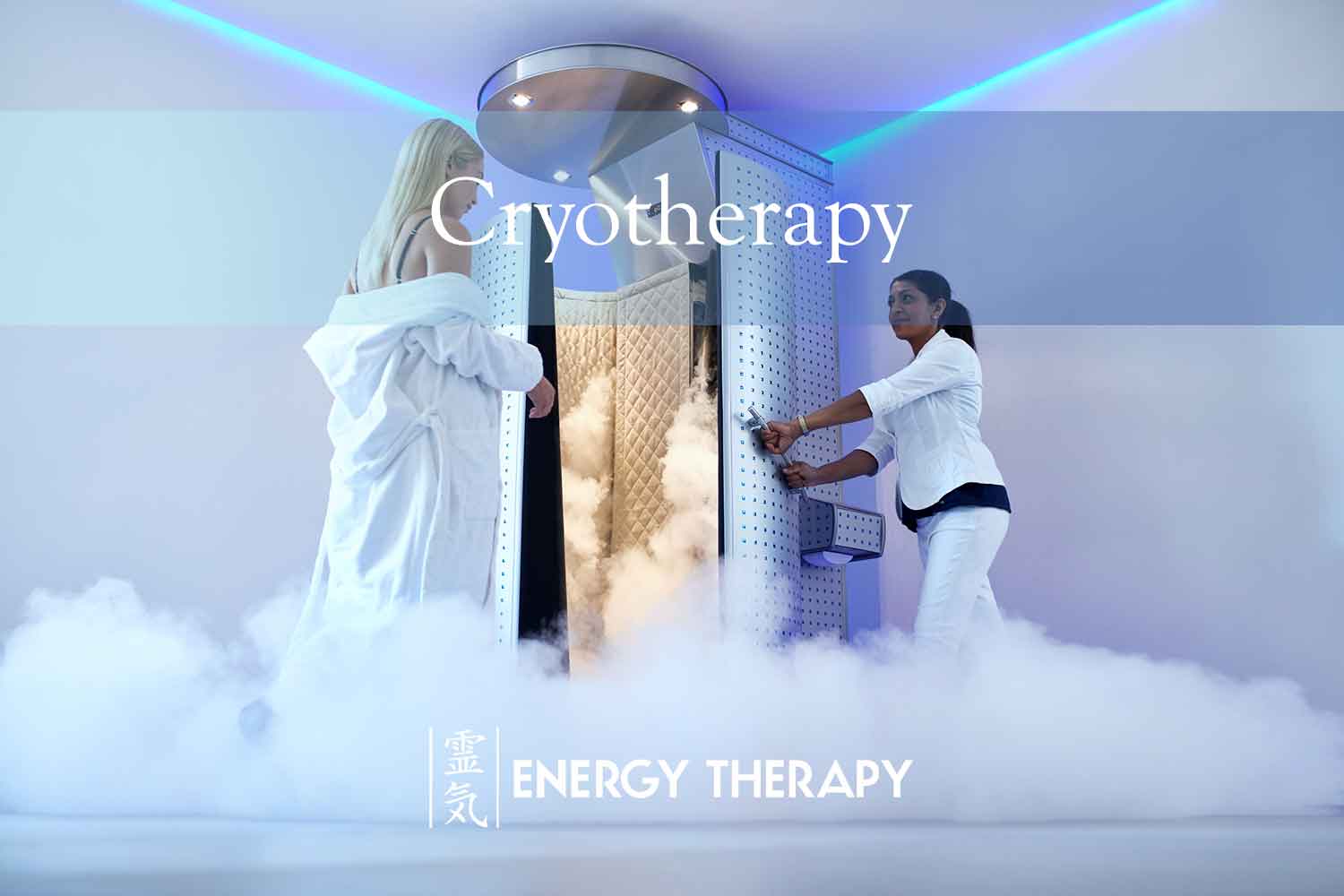 Whole Body Cryotherapy is when your body is submerged in sub-zero temperatures (up to -250º degrees F) that stimulate skin sensors, activating a deep central nervous system (CNS) response. This lowers your skin surface temperature to approximately 32 degrees F in 30 seconds. The temperature remains constant throughout the entire session which lasts up to 180 seconds.

When we think of cold temperatures in nature, we assume that cold temperatures cause colds and illness. When temperatures hit 50 degrees F, your blood vessels narrow and reduce blood flow near the body’s surface. However, shivering caused by the cold weather or oscillatory muscular activity happens when your core body temperature drops about one degree below its normal temperature around 98.6 degrees F. When left too long in this condition, our body becomes more vulnerable to colds, and our immune system significantly weakens.

We know that short bursts in cold extremes can help improve our immune system thus increasing immune response and support. Humans are meant to brave the cold weather – our ancestors have done this for centuries. However, our ancestors have not had the luxury of a cryotherapy technology that is 100% controlled and only lasts a few minutes, giving you an advantage of ice-cold weather – since this is the first technology to go under 100 degrees F recorded on Earth, not making you feel cold at all!

Ice baths for athletic recovery and Turkish and Russian baths are similar but quite different from Cryotherapy.

Cryotherapy systems are not ice baths because there is no submersion in water. However, your body is submerged in a different kind of gaseous mixture that enables sub-zero temperatures (which is colder than the coldest water – since water will freeze at anything below zero degrees – except in the North Pole!) In an ice bath, you are submerged in very cold water causing your heart to pump more blood away from your lungs (instead of towards your major organs, like cryotherapy does) and you are left with sore muscles and less oxygenated blood.

Comparing an ice bath and what it does for the body to Cryotherapy is like comparing the rest and recovery your body gets from 10 minutes of sleep versus a full 8 hours of sleep (please see Cryotherapy: Get an Epic Night of Sleep). Cryo is only 2-3 minutes while an ice bath exceeds 20. However, the healing of cryotherapy does not occur in those few minutes of the treatment. Those 2-3 minutes spent in cryotherapy are simply a precursor for the actual retained benefits that last after the cryo session.

You Don’t Get Cold with Cryotherapy

The difference between frigid temperatures and cryotherapy is that cryotherapy reduces the temperature in a controlled environment that lasts 2-3 minutes. And, you won’t shiver or get too cold. Cryotherapy uses nitrogen gas which is at sub-zero temperatures, so it is like taking a dip in something you’ve never experienced before. In fact, most people who are new to cryotherapy state they did not get cold and feel stronger immediately afterward.

Whole Body Cryotherapy makes your immune system stronger by working with your body, not against it. During vasoconstriction while in the cryo chamber, your blood is being pumped faster to all major arteries. During vasoconstriction, toxins are flushed from muscle and skin surface tissue. Red blood cells are enriched with oxygen, nutrients, and enzymes, while toxins are flushed from peripheral tissues. Vasoconstriction causes more blood to be pumped into internal organs.

Upon exiting the cryo chamber, the body vasodilates, and the enriched blood is released back into the skin and muscle tissues. Nutrient-rich blood loaded with white blood cells function optimally and enhance other processes in your immune system. White blood cells include neutrophils, phagocytes – and this increased count of antibody protection creates a stronger immune system.

Now, the stronger your immune system is, the more likely you are to stay healthy and more resistant to colds – even as others around you are coughing and sneezing. That means less over-the-counter medicines and prescriptions in your body – which further enhance your strength and immunity.

Synapses in the brain are responsible for all neuronal and cellular communication, as well as partly responsible for forming memories (scientists have discovered memories are simultaneously formed in the hippocampus and the prefrontal cortex). Many different things can cause degeneration or breakdown of synapsis including disease, type of food, quality of drinking water, and other environmental factors. When exposed to cold, synapses between neurons break down and immediately regenerate with the help of Cold Shock Proteins. One protein in specific, RBM3 has been shown to be elevated up to 3 days after exposure to cold. Degeneration or breakdown of synapses occur from normal brain aging and is significantly increased in diseases like Alzheimer’s disease, Parkinson’s disease or after traumatic brain injury. When these Cold Shock Proteins are present, neurodegeneration or the breakdown of these synapses is decreased, and better brain function occurs.

Cryotherapy is crucial in sports medicine and alternative and holistic treatment. The outcomes of clinical studies demonstrating the beneficial effects of cooling on physiological, biochemical, and molecular inflammatory biomarkers, thus enhancing cognitive performance, are in support of Cryotherapy. Elite athletes, business leaders, and celebrities who use WBC include Tony Robbins, Kobe Bryant, Daniel Craig, Lebron James, Demi Moore, Mandy Moore, Kate Moss, Jessica Alba, Jennifer Aniston, the New York Knicks, and the Dallas Mavericks, with a number of them saying that they feel better and stronger after cryotherapy.

The science behind cryotherapy and cold exposure are not new science but ancient wisdom. Cryotherapy allows the controlled elicitation of the brain and body’s natural healing mechanisms. The use of coldness as a ‘healthy stressor’ on the body that can help to trigger the immune responses needed for excellent health.

To find out more information about cryotherapy, please visit the Cryo Blog.