Chemo Kills: The History! From Chemical Weapon to ‘Wonder Drug’? 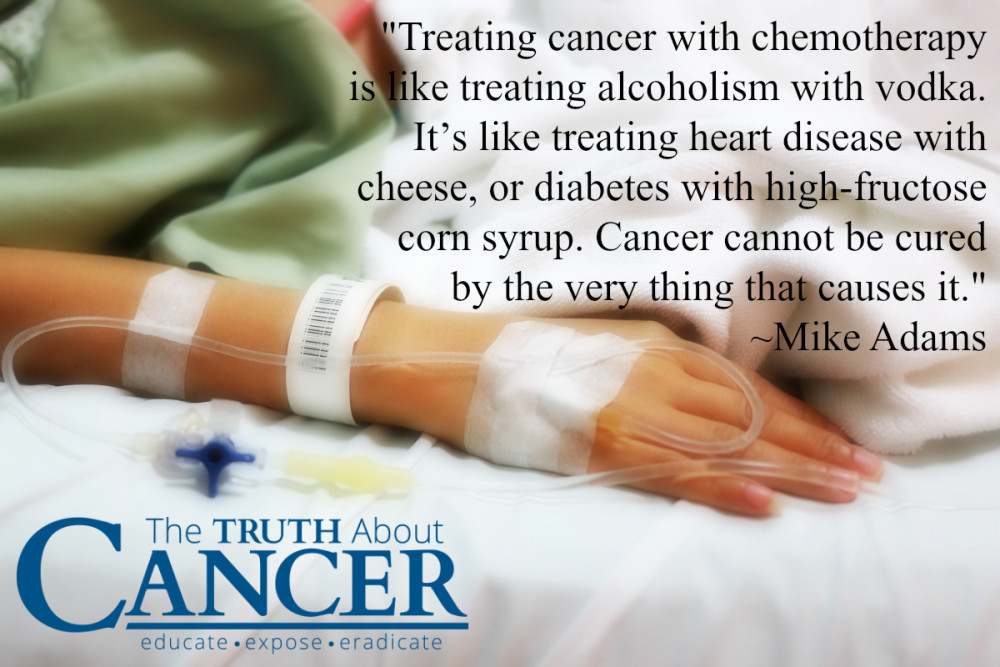 Chemotherapy was designed to kill human beings. It is certainly not ‘therapy’! It has horrible side effects, including cancer as a ‘side effect’! Learn the truth and free yourself from the tyranny of an industry gone mad….

There are other ways, far less painful and debilitating to the human body and psyche. You just need the courage to pursue them!

Do you know the true history of chemotherapy? How it was ‘discovered’? If not, it might come as a bit of a shock to you!

One hundred years ago, World War I (also known as the Great War) left 17 million people dead or missing in action. Stuck in the squalid conditions of the trenches, it was a living hell for those on the front line, and made even worse by the sinister work of industrial chemists!

In July 1917, troops based in Ypres, Belgium, reported a ‘shimmering cloud’ around their feet and a strange peppery smell in the air.

Within 24 hours they started to itch uncontrollably and developed horrific blisters and sores – and many started coughing up blood!

They’d been poisoned by mustard gas – one of a number of powerful, weaponised poison gases developed by Fritz Haber, a Professor at the prestigious University of Karlsruhe. It was one of the most deadly chemical weapons ever deployed in battle!

Since it was readily absorbed through the skin, gas masks were useless, and even fully clothed soldiers weren’t fully protected.

“A chemical weapon (CW) is a specialized munition that uses chemicals formulated to inflict death or harm on human beings.” (Wikipedia)

It could take up to six weeks to die from mustard gas, and it was a terrible way to die.

Towards the end of the Great War, this gas had not only killed and crippled but instilled terror across the battlefield. The first use in Ypres alone left up to 10,000 people dead, with many more terribly injured.

Chemotherapy was accidentally ‘discovered’ when a ship carrying sulfur mustards was bombed and the troops on board were exposed to it. The men affected had depleted bone marrow and lymph systems, cells that naturally divide faster than other cells. Scientists at the time made the tenuous link that mustard gas could be used in the treatment of cancer cells, since the latter also divide faster than normal cells in the human body.

They conveniently ignored the bigger picture, and the holistic nature of the body. They didn’t see that the intention of the original substance was to inflict lethal harm and cause tremendous suffering. They certainly didn’t want to admit that cancer was an holistic phenomenon that would continue to defy a reductionist approach over the decades to come.

Today, more people will die from cancer than ever before, and we still keep giving people this crap.

In 1942, Memorial Sloan-Kettering Cancer Center secretly began treating breast cancer with these nitrogen mustards. No one was cured.

Chemotherapy trials were also conducted at Yale University around 1943 where 160 patients were treated. Again, no one was cured.

The pharmaceuticals saw a way to make even greater profits from this two-pronged approach: ‘treat’ people with chemo, watch them recovery slowly or get sicker and sicker from toxic side effects, and then treat those secondary and tertiary effects.

A sickening amount of greed exists at the top of this particular food chain, make no mistake.

Gradually, synthetic versions of nitrogen mustards were developed, but they all had one common trait – they killed all living tissue.

If you were to tell an exterminator that you have a termite infestation in your home and he told you that the best (and only?) course of action would be to use a chemical which would destroy both the wood and foundation of your home, as well as cause irreparable damage to all your furniture, windows and ceiling would you still go ahead with it?

Did you know that one of the well known ‘side effects’ of chemotherapy is that it actually causes cancer!

Most chemotherapy is genotoxic, meaning that it interacts with genes (DNA) and causes mutations – a known risk factor for developing cancer.

The mere fact that a person can survive such a brutal ‘NaPalm-ing’ of their body speaks volumes about the wonder of the human body in ‘fighting for its life’.

People take chemo and get better, despite the chemo.  The body’s wisdom is in charge, not the drugs. 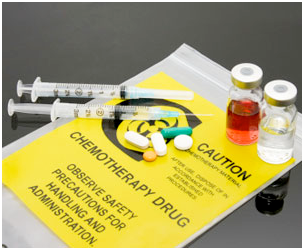 Dr. Glenn Warner, one of the most highly qualified cancer specialists in the USA, used alternative treatments on his cancer patients with great success. On the treatment of cancer in his country he said, “We have a multi-billion dollar industry that is killing people, right and left, just for financial gain.

“Their idea of research is to see whether two doses of this poison is better than three doses of that poison.”

Dr. Alan C. Nixon, past president of the American Chemical Society writes, “As a chemist trained to interpret data, it is incomprehensible to me that physicians can ignore the clear evidence that chemotherapy does much, much more harm than good.”

And according to Dr. Charles Mathe, French cancer specialist, “If I contracted cancer, I would never go to a standard cancer treatment center. Only cancer victims who live far from such centers have a chance.”

If a person has one type of cancer and allows themselves to be injected with chemotherapy, this person will later often develop a different type of cancer as a result. The oncologist will likely claim to have cured their initial cancer even though a second or third cancer developed as a result of the chemo used to treat the original cancer.

The serious toxic effects of chemotherapy have long been conveniently ignored by virtually everyone in medicine and the federal government. To understand why, follow the money trail…

The patients’ hair falls out, their immune system is destroyed, they are constantly nauseous, vomit regularly, and experience frequent dizziness and severe headaches.

You don’t need to be a doctor to know this is an absurd way to treat someone, do you?

Drugs like Tamoxifen are routinely used to ‘treat’ breast cancer even though the World Health Organization declared Tamoxifen to be a ‘known carcinogen’ in 1996.

The level of quackery and denial about the ugly truth of chemo in the cancer industry is astounding!

Powerful alternative methods like treating cancer with intravenous Vitamin C have been dismissed out of hand (until now) just because it threatens the absurd profits that are made day in and day out from people’s pain and suffering — most times leading to a very ugly death.

Even when another, safer, alternative method is shown to the patient, chemotherapy will always be strongly advised!

Why can’t we let go of this disturbing protocol?

“Treating cancer with chemotherapy is like treating alcoholism with vodka. It’s like treating heart disease with cheese, or diabetes with high-fructose corn syrup. Cancer cannot be cured by the very thing that causes it. Don’t let some cancer doctor talk you into chemotherapy using his (or her) fear tactics. They’re good at that. So next time he insists that you take some chemotherapy, ask him to take some first. If your oncologist isn’t willing to take chemotherapy in front of you to prove it’s safe, why on earth would you agree to have it injected in your body?” Mike Adams

Common Side Effects of Chemotherapy

The repercussions of chemotherapy on the human body are intense. Some people call them “side effects,” but the truth is that they are direct effects.  It’s easy to brush them off as ‘side effects’ because we’ve come to accept that from ‘modern medicine’.

Cognition is affected during chemotherapy. Many patients who have undergone this modality refer to it as “chemo brain” â€“ difficulty with memory, basic thought processes, coordination, and mood.

Peripheral neuropathy is tingling in the extremities and may be accompanied by general fatigue or weakness, shakiness, numbness, or pain. These symptoms also affect basic balance, reflexes, and coordination.

Xerostomia is extremely dry mouth and can lead to sores in the soft tissues, difficulty swallowing, and make you more prone to bleeding. Patients report that taste is also affected.

Nausea is one of the most common direct effects of chemotherapy.

Dehydration as a result of vomiting or diarrhea is a concern and drinking plenty of water is critical during chemotherapy treatment. Adequate hydration may ease symptoms of xerostomia and protect your kidneys (working hard to flush the chemo toxins from your body) as well.

Anemia occurs when your body can’t make enough red blood cells. Red blood cells carry the oxygen to your tissues and lack of necessary oxygen results in fatigue, dizziness, inability to concentrate, feelings of being cold, and overall weakness.

Neutropenia is what happens when your body doesn’t have enough white blood cells â€“ the backbone of your immune system. This leaves you more susceptible to infection and reduces their ability to fight the residual cancer.

Thrombocytopenia is caused by a low platelet count. You need platelets for blood clotting and not enough means you are more likely to bruise or bleed. This can cause issues with your menstruation, cause bleeding in your digestive tract that manifests in vomit or stools, and cause you to have nosebleeds.

Cardiomyopathy is a weakening of the heart muscle. This may cause irregular heartbeat (arrhythmia) which can increase your risk of a heart event.

Alopecia will affect all the hair on your body and usually occurs quickly when this treatment is begun. Within several weeks after the conclusion of chemotherapy the hair begins to grow back. Fingernails and toenails may change as well, either turning colors or becoming very brittle.

Infertility in both men and women can occur with chemotherapy, affecting hormones and sperm count. It may also wreak havoc on menstrual cycles, impact overall sex drive, and cause extreme vaginal dryness. Sometimes it even triggers the onset of menopause.

Osteoporosis is the loss of bone mass. As you age, this is a common occurrence (women are most at risk). Chemotherapy speeds up the process by lowering estrogen levels rapidly and weakening bone marrow.

As you can see, the impact of chemotherapy on the body can be brutal.

Now you know the ugly truth, would you seriously ingest a derivative of a World War I chemical weapon, designed to kill people in the most brutal, toxic manner ever?