If children lose contact with nature they won’t fight for it! 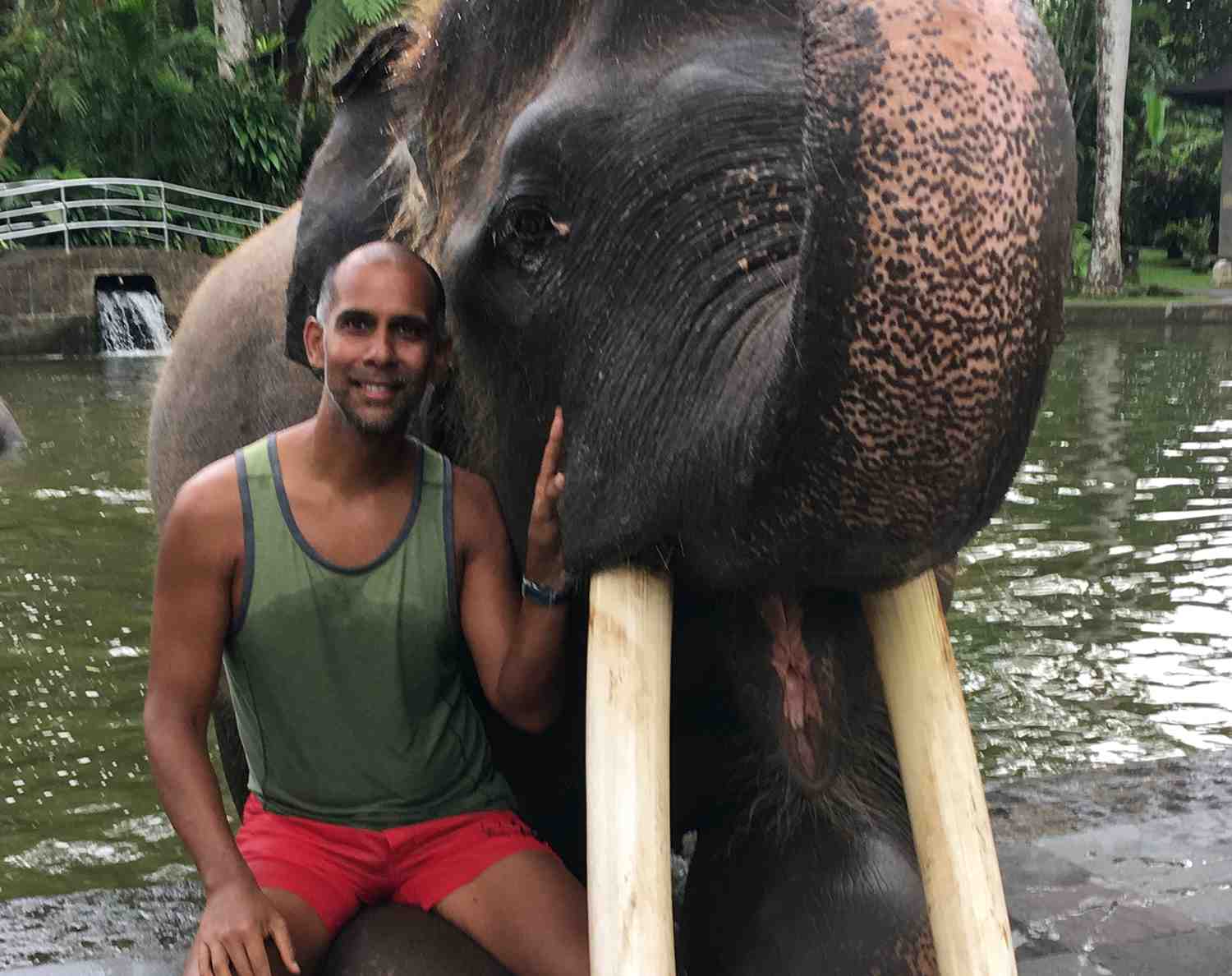 On a recent trip to Bali, Indonesia, I was privileged to spend some up close and personal time with rescued Sumatran Elephants at a sanctuary in Ubud, Bali.

Spending time bathing and feeding these curious and sensitive beasts reminded me of their nature, which was gentleness and love. It also highlighted a key concern: many children and adults do not have the opportunity to have this interaction.

At best it’s a zoo, at worst elephants are seen on the internet – but living in a virtual world is a disconnect because one cannot understand the miracle of life by sitting in a room staring at a screen. This is not true learning – it may be good for ‘academia’ but it is soul destroying.

If you look at an elephant on the screen, that ‘experience’ has nothing to do with seeing, hearing and interacting with an elephant in real life. The sheer majesty, power and smell of that wild beast makes an indelible impression on the human psyche.

The ability to have an actual relationship with an elephant ‘in the flesh’ leaves an indelible impression on the mind and heart.

The elephant is primal and deeply connected with the Earth… with life itself. It presents an opportunity to connect with a larger reality, a mystery that goes beyond anything we can learn through a screen.

Seeing elephants in a zoo is, of course, far better that watching them on a screen but doesn’t compare to seeing their rawness and the beauty of their interaction in a natural park – or better still, out in the wild.

Nature is a vast playground of immense possibilities that stimulate us in healthy ways, particularly when we get to interact with the plethora of animals, birds and insects in the wild. Most people feel good outdoors, most of the time, if they have not been socialised out of it.

Those who don’t feel good outdoors usually have not spent much time there, and have become used to a more disconnected state of being.

Screens are a necessity in this digital age but we must not forget our ‘earthy’ roots! We must find the time to be wild and free!

“The thought that most of our children will never swim among phosphorescent plankton at night, will never be startled by a salmon leaping, a dolphin breaching, the stoop of a peregrine, or the rustle of a grass snake is almost as sad as the thought that their children might not have the opportunity.” George Monbiot

Too many are disconnected from the source of our life, out of touch with the Great Mother (Gaia), and each other.

In her famous essay the Ecology of Imagination in Childhood, Edith Cobb proposed that contact with nature stimulates creativity. Children’s games are more creative in green places than in concrete playgrounds. Natural spaces encourage fantasy and roleplay, reasoning and observation.

Today, how many children even get to play outdoors? Even in concrete playgrounds? Our high-tech, fast paced world has produced a generation of kids glued to a computer screen, playing  games where pleasure is mainly derived from activities like shooting and killing ‘the enemy’.

Slowly today, parents and teachers are beginning to realise that forcing children to study so much, rather than running wild in the woods and fields, is absolutely counter-productive and counter-intuitive.

But the real tragedy is this: those who will fight for nature are those who spent their childhoods immersed in it, and that number is becoming smaller and smaller!

Continued apathy in the face of the ongoing destruction of entire ecosystems come from the fact that far too many have been robbed of the joys of appreciating the beauty and diversity of life in such places.

“Without a feel for the texture and function of the natural world, without an intensity of engagement almost impossible in the absence of early experience, people will not devote their lives to its protection.”

In his groundbreaking book, ‘Earthing’, Clint Ober reminds us that we are seeing huge increases in the number of diseases of mind and body today simply because we rarely walk barefoot on the earth or sleep on the ground! Despite all our advances in technology, we have unwittingly become ‘unplugged’ and disconnected from a most vital source of nourishment: the Earth itself.

It is imperative we wake up from our hypnotic slumber, where we are trained to be â€˜good servants’ of a system that encourages isolation plus materialism. These two alone are recipes for disaster of immense proportions.

We are fighting invisible forces which, if they cannot be turned, will strip the living planet of the wonder, delight and ecstasy that have drawn children and adults from all walks of life into the wilds for millenia.