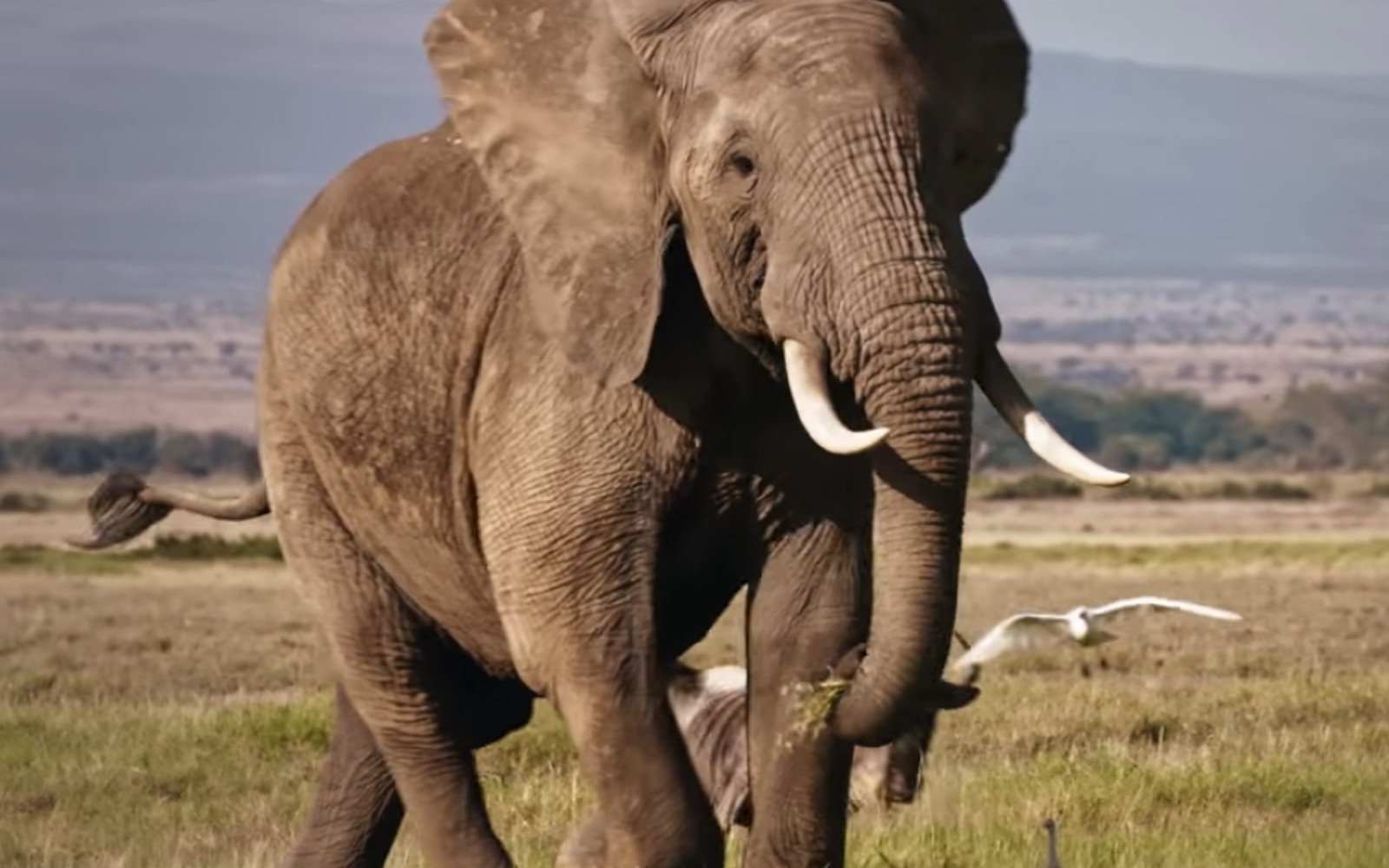 “An elephant is killed every 15 minutes.” That’s the blunt statistic closing “The Ivory Game,” Netflix’s latest foray into original documentary.

It’s a grim statistic that puts the African elephant on course for extinction within 15 years. That isn’t much… 15 years can seem like a ‘distant reality’ but the sands of time are running faster than before. Just where did the last decade go?

In the last ten years alone, over 350,000 elephants have been mercilessly slaughtered for their ivory.

The death of an elephant means money, and sickening amounts of it, far beyond what anyone truly needs on this planet. In the film, some of the items on display were worth hundreds of thousands of dollars since 1kg of ivory can fetch as much as $3,000 USD!

35,000 elephants are being killed a year for their ivory tusks in the most brutal and horrific manner possible. The last Great Elephant Census found just 352,271 animals in the countries it had surveyed!

The illegal ivory trade is being driven by an insatiable greed for ivory in China. The problem is that it’s currently legal in China to possess and sell a certain amount of ivory but the film shows very clearly that legal businesses are used to launder massive quantities of illegal ivory in broad daylight. Often high ranking authority figures are involved, so it’s even harder to flush out those responsible.

Throughout the shoot the directors were in real and present danger, with many sequences  filmed deep undercover or while embedded in military taskforces.

Unprepared for the atrocities

Ladkani and Davidson are experienced, award-winning filmmakers with footholds in Africa but neither of them were prepared for sight and smell of a decaying elephant.

“You can’t really be prepared. What actually throws you off, what everyone forgets to mention, is the smell. You approach an elephant, 100 meters away, and already you have this strong smell. It gets to you, the closer you get. It gets in your clothes. It stays with you for two weeks, you can’t get rid of it.” Ladkani

Netflix does not operate in mainland China and so “The Ivory Game” will not be part of the national conversation.  This is a tragedy. It needs to go to China.

“Part of the problem is there’s so many Chinese people who don’t understand, who don’t know,” Davidson says, frustration etched on his face. “There’s a lack of education where ivory comes from.”

“Obviously they know ivory is coming from an elephant, but people that we’ve talked to think it’s come from an elephant that was already dead, or it’s a mammoth.” Or, Ladkani adds, that it has simply “fallen off.”

“The Ivory Game” is an antidote to such ignorance, and the directors are hoping for “a massive and immediate impact.”

The glimmers of hope offered in the documentary’s final act are simply that – glimmers. The urgency of the film shows that even with Hong Kong phasing the ivory trade out by 2021 is not enough. In five years, another 150,000 [elephants] will die to the incessant demand for ivory in China, almost half of all that’s left on this planet!

At this point, there needs to be a huge, international outcry.

Last year, President of China Xi Jinping stood alongside U.S. President Obama to signify that both countries would work together to enact “nearly complete bans” on the ivory trade, yet China has done nothing. No plans are in place, no timetable is set.

The slaughter continues as China turns a blind eye to the ‘demand’ that is being generated from within its borders.

How we can take action

China’s “booming” middle class revers ivory as a status symbol and will continue to do so, until and unless the world stops trading with China, for example.

Tourists staying away from China would cripple the tourism industry there. In 2015, there were 133 million inbound tourists to China bringing in considerable tourism income.

Worldwide sanctions on Chinese imports for example would signify that humanity is no longer prepared to tolerate the ivory trade. However, we should not wait nor rely on our governments to make such an important decision.

At the individual level, we can help the elephant today. We simply need to make a choice not to buy any products from China, if we can go without them, until a full ban is in place in China and the senseless slaughter of elephants is stopped.

National businesses would then stop buying Chinese goods, and our collective ‘message’ would be heard in China loud and clear.

The fate of Africa’s elephants rests on all of us, not simply the efforts of a few individuals and small embattled groups scattered across the globe.

If we stand by and let this magnificent creature become extinct, it will be an irreversible, shaming indictment of the ignorance of humankind.

“History will have to record that the greatest tragedy… was not the strident clamor of the bad people, but the appalling silence of the good people.” Martin Luther King, Jr

Share this information widely and help spread the word, your voice matters!

Take action by sharing this story!