Why hate binds us 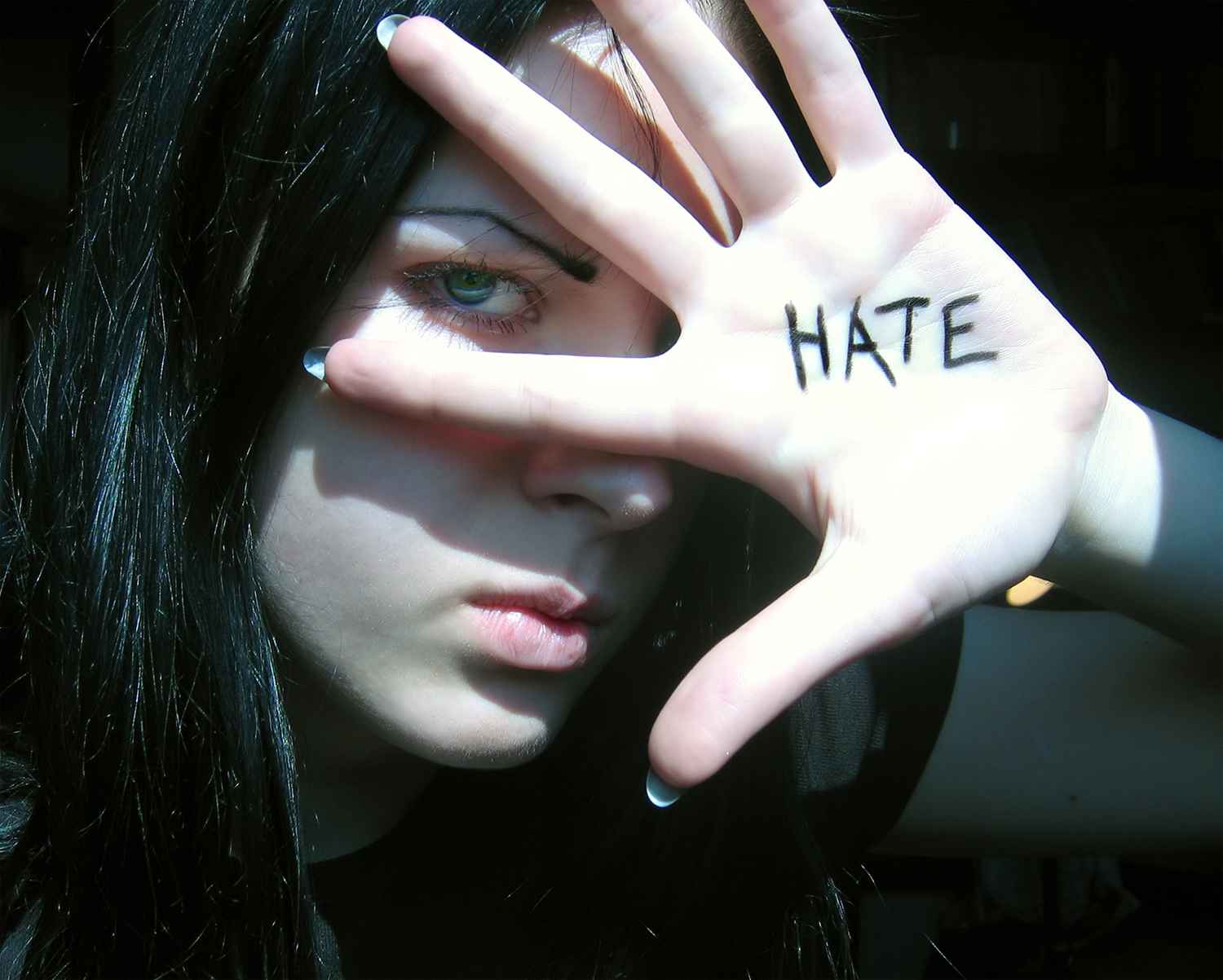 Ever heard the phrase, ‘hate binds’? Or that ‘hate ties to you to something or someone’? Well, it’s worth giving this some deeper thought. Why does hate bind us?

What IS hate, actually?

We can define hate as the polar opposite of love, since they are two sides of the same coin. If you’ve ever seen a romantic relationship quickly turn from ‘love’ to ‘hate’, this is the pendulum swing that can happen in the blink of an eye. It can also happen the other way round, with two people hating each other suddenly finding that love is there. That is rarer, but no less true.

Sometimes we might say, “I hate that!” referring to a particular food or type of music but is it hate? I would venture that it’s more of a strong dislike. Not hate. Hate usually is stronger.

Here, we’ll stick with the personal level because peace must start with us as individuals before it can radiate outwards into communities, cities and then nations.

“When a thought of war comes, oppose it by a stronger thought of peace. A thought of hatred must be destroyed by a more powerful thought of love. Thoughts of war bring destruction to all harmony, well-being, restfulness and content. Thoughts of love are constructive of brotherhood, peace, friendship, and happiness.” Abdu’l BahÃ¡

Hate is an ugly thing.

Often this strong emotion is triggered by an external event. Let’s take the example of your neighbour playing loud music all night long, refusing to turn it down despite you banging on the wall to indicate your annoyance. You have to get up very early to get to work on time and face a two hour journey time each day, so the cumulative build up of anger has already put you on edge.

Then you see that your neighbour has dumped some rubbish in front of your driveway. You can’t prove it but you know it’s him (or her) because he/she is messy, doesn’t recycle and doesn’t care about anyone else, least of all the planet.

When you see him (or her) you let him have it, and it escalates into a full blown argument with cursing and swearing on both sides.

Every time you think of the argument, your blood boils. You don’t realise you have an imprint of ‘hate’ from the emotional fallout which is sitting in your energy field.

Whenever your neighbour plays loud music, you curse him/her and remember the hate inside your heart, and it magnifies.

Whenever you see your neighbour, you just can’t stand the sight of him (or her) and his (or her) voice. It makes your hair prickle and bad thoughts run through your mind unchecked.

You spend much of your time running mental dialogues, with you being the victor.

You might even imagine punching his (or her) face in, with you being the victor.

Before too long, you are thinking hateful thoughts at home and at work. These thoughts constantly fill your day.

You waste your mental energy to this person and go to bed irritated and drained. You feel like there’s a dark cloud over your head… and there is!

Hate is a cord that binds us very easily to unwanted situations and people because our thoughts are consumed by our own hatred. Our thoughts circle round and round, building momentum and hatred literally becomes a poison running through our veins. This isn’t just metaphorical because we are constantly triggering corrosive adrenaline to flow through our system.

Firstly, it’s important to forgive the other person and the situation. Both of them need forgiveness. But why?

It’s not because they deserve it but because YOU deserve peace. This first step dissolves your tendency to run mental stories and project further negative energy.

If they are sending you ‘hateful’ thoughts, you also ‘tune in’ to their radio station. If you choose peaceful thoughts, that’s on another wavelength, so their hateful thoughts won’t reach you.

When a thought of war comes (from ‘hate’), immediately replace it with a thought of peace. Whilst dealing with difficult neighbours (or any troublesome relationship) is one of the most challenging aspects of human existence, it’s up to each of us to elevate our consciousness to the point where we are not adding our fuel to the fire – but that doesn’t mean allowing ourselves to be ‘walked over’ either.

Having a firm, strong attitude which is permeated with peace generates a different outcome to one filled with hatred.

Every time a bad thought arises because of the loud music (or another ‘trigger’), you could affirm instead, ‘wouldn’t it be nice if (x) was out and about more often with his/her friends?’

‘I’ll just wear ear plugs for now… and I can even put on music I like that’s soothing.’

‘If it gets really bad, I can always take the matter to my landlord and the local authorities and see if I can get some help.’

‘I’ve been thinking of moving somewhere more peaceful, and closer to work, maybe this is a good chance to do that!’

Perception is everything. The ‘outer event’ is always a trigger to look at our own emotional and mental garbage, and clean it out. This is the first step.

You must cultivate ‘love, harmony and respect’ in each moment, and pluck out the weeds of hatred by their root.