As Monsanto’s deadly carcinogen leaks into organic food in the U.S., Russia positions itself to supply the world with organic food 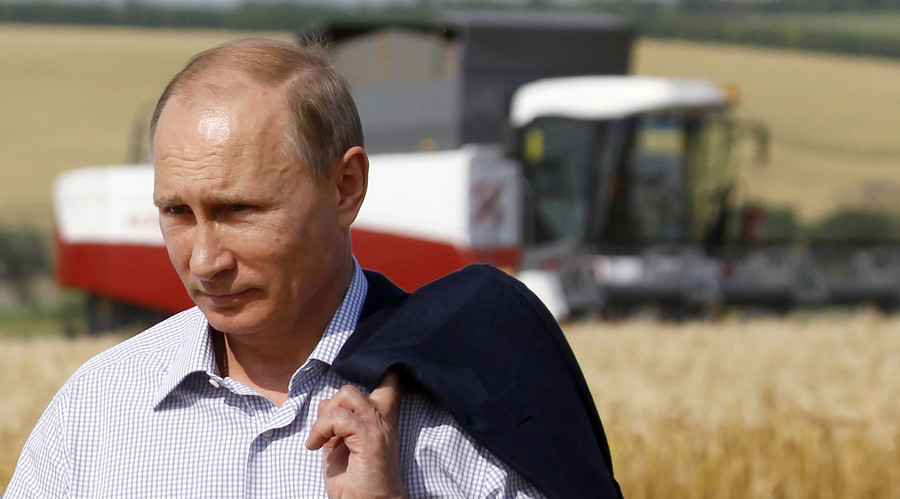 As Monsanto’s deadly carcinogen is found in some organic foods in the USA, Russia stands poised to become the world’s largest supplier of ecologically clean and high-quality organic food, after taking a firm stand against GMOs.

Russia is proving itself to be one of the few countries today to be fully awake to the danger of GM foods as it refuses to casually breeze over the fact that GMOs have not been proven safe for consumption.

The country’s president voiced deep concerns about the effect GMOs and their associated pesticides have on both humans and the environment.  GMOs cause irreversible damage to the Earth’s valuable resources, all in the name of ‘profit’ and ‘progress’.

Russia has set the bar high for the standard on food and health through its outright rejection of genetically modified foods. They do not buy into the oft projected stance that GM foods are required for humans to survive, which the biotech industry will have us all believe. In fact, it’s never been about ‘humanity’ or ‘humanitarian values’ – this has always been about human greed. Serving the few, no matter what the cost to the many.

The fact is that we continue to spend billions of dollars on war and killing each other, not to mention the colossal amounts of food that is discarded each day. It is clear that we lack the collective will to redirect our shared resources to solve our most basic human problems: food, shelter and clothing.

We live in a time of unparalleled connectivity, yet we seem unable to connect properly and agree upon solving the world’s ills, practically all of which are being created by our unconscious behaviours.

The idea that GM foods can solve the world’s hunger is a perverse one, given the data.

Only those who have a fear-based, scarcity mentality that there ‘is not enough’ for everyone will buy into to such manipulative thought!

President Vladimir Putin knows better and called on his country to become completely self-sufficient in food production by 2020.

How’s that for true leadership?

“Not only can we ourselves eat (organic foods), but also taking into account our land and water resources – which are particularly important – Russia could become the world’s largest supplier of healthy, environmentally friendly, high-quality food.” Russian President Vladimir Putin.

Organic food sales more than tripled between 2004 and 2014, growing from $11.6 billion in sales to nearly $36 billion, according to the Organic Trade Association.

To put that into perspective, IBM earned $93 billion in sales last year, while Nestle raked in $92 billion.(3)

The momentum behind consumer demand for cleaner, healthier food cannot be stopped.

The word is out: the stance that GMOs are healthy is a lie.

GMOs harm the environment and we simply don’t know the health consequences of eating them… or do we?

That study has recently been retracted but why?

Elsevier, which publishes the journal “Food and Chemical Toxicology” indicated that a small number and type of animals were used in the study, meaning that “no definitive conclusions can be reached.”

Yet the retraction clearly derives from the journal’s editorial appointment of biologist Richard Goodman, who previously worked for biotechnology giant Monsanto for seven years! Talk about a ‘conflict of interest’!

Goodman, however, denies any involvement in the decision to retract the paper. Go figure.

Yet SÃ©ralini and his team stand firmly by their results, and so should we.

Monsanto did its own studies, showing the safety of GMOs… but the study was conducted over just a few months. If this study had been extended by just a few months, the results would have undoubtedly showed cancerous tumours happening. Monsanto is a dark magician showing us only the cards its wants to show!

The biotech industry, led by Monsanto, has categorically failed to reverse public opinion about GMOs because there is just far too much good science substantiating the public’s concern.

Russia’s decision to ban them completely is one to be admired.

Russia vows to produce the “cleanest food in the world’

Wherever this is a challenge, there is also opportunity!

Russia’s Deputy Prime Minister Arkady Dvorkovich told the audience at the International Economic Forum in St. Petersburg that the nation “will not use these [GM] technologies” to increase agricultural yields, continuing on Putin’s declaration to protect Russians from GMOs.

He isn’t afraid to hold those caught breaking the law accountable either. Food manufacturers implicated in the unclear labeling of food containing GMOs could face fines, according to an article appearing in the January 2016 edition of Common Ground magazine.

In January 2015 Putin signed the Russian Federation Code of Administrative Offences into law, including a new article establishing liability for the violation of mandatory requirements for the labeling of food products that contain GMOs.

As a result, Russian food products will be “one of the cleanest in the world,” said Dvorkovich.The country’s landmass is large enough to produce organic food safely and cleanly without the need for carcinogenic herbicides such as Roundup.

Whilst American public servants are clearly in bed with the Biotech Industry (did you see that now infamous clip of President Bush laughing with Monsanto about how much money they’d make?), Russian isn’t.

The US promotes itself as ‘the land of the free’ with economic prosperity for all – when nothing could be further from the truth.  The U.S. has become an oligarchy, and answers only to the shadowy figures running the country in the background. Americans have yet to revolt against the daily manipulation and deceit going on right under their noses!

2.6 billion pounds of the carcinogenic Roundup has been sprayed on U.S. crops over the last two decades alone!  Where is the accountability?