The Blindness Of Crowds 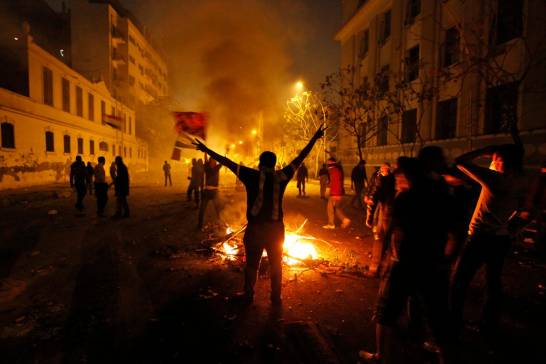 Every crowd is a motley crowd, but no individual is motley. Every individual is an authentic consciousness. The moment he becomes a part of the crowd, he loses his consciousness; then he is dominated by the collective, mechanical mind!

Man in the crowd has always behaved blindly. If you pull the same man out of the crowd and ask him, “What were you doing? Can you do it alone, on your own?” he will feel embarrassed. And you will be surprised to hear his answer: On my own I cannot do such a stupid thing, but when I am in a crowd something strange happens.

For 20 years I lived in a city which was proportionately divided, half and half, into Hindus and Muslims. They were equally powerful, and almost every year riots happened. I used to know a professor in the university where I was teaching. I could never have dreamed that this man could put fire to a Hindu temple; he was such a gentleman – nice, well educated, cultured.

When there was a riot between the Hindus and the Muslims I was watching, standing by the roadside. Muslims were burning a Hindu temple, Hindus were burning a Muslim mosque. I saw this professor engaged in burning the Hindu temple. I pulled him out and I asked, “Professor Farid, what are you doing?”

On another occasion, a Muslim’s watch shop was being looted. It was the most precious collection of watches. The people who were taking away those watches and destroying the shop – they had killed the shop owner – were all Hindus. An old priest I was acquainted with was standing on the steps and shouting very angrily at the people, “What are you doing? This is against our religion, against our morality, against our culture. This is not right.”

I was seeing the whole scene from a bookstore, on the first story in a building just in front of the shop on the other side of the road. The greatest surprise was yet to come. When people had taken every valuable article from the shop, there was only an old grandfather clock left – very big, very antique. Seeing that people were leaving, the old man took that clock on his shoulders. It was difficult for him to carry because it was too heavy. I could not believe my eyes! He had been preventing people, and this was the last item in the shop!

I had to come down from the bookstore and stop the priest. I said to him, “This is strange. The whole time you were shouting, ‘This is against our morality! This is against our religion, don’t do it!’ And now you are taking the biggest clock in the shop.

He said, “I shouted enough, but nobody listened. And then finally the idea arose in me that I am simply shouting and wasting my time, and everybody else is getting something. So it is better to take this clock before somebody else gets it, because it was the only item left.”

I asked, “But what happened to religion, morality, culture?”

He said this with an ashamed face, but he said it: When nobody bothers about religion, culture and morality, why should I be the only victim? I am also part of the same crowd. I tried my best to convince them, but if nobody is going to follow the religious and the moral and the right way, then I am not going to be just a loser and look stupid standing there. Nobody even listened to me, nobody took any notice of me. He carried that clock away.

I have seen at least a dozen riots in that city, and I have asked individuals who have participated in arson, in murder, in rape, “Can you do it alone, on your own?” And they all said, without any exception, “On our own we could not do it. It was because so many people were doing it, and there was no responsibility left. We were not answerable, the crowd was answerable.”

Man loses his small consciousness so easily into the collective ocean of unconsciousness. That is the cause of all wars, all riots, all crusades, all murders.

Individuals have committed very few crimes compared to the crowd. And the individuals who have committed crimes, their reasons are totally different – they are born with a criminal mind, they are born with a criminal chemistry, they need treatment. But the man who commits a crime because he is part of a crowd has nothing that needs to be treated. All that is needed is that he should be taken out of the crowd. He should be cleaned. He should be cleaned from all bondages, from any kind of collectiveness. He should be made an individual again, just as he had come into the world.

My work is to take individuals out from any crowd, Christian, Muslim, Hindu, Jew; any political crowd, any racial crowd, any national crowd, Indian, Chinese, Japanese.