Gorillas Seen Dismantling Poachers’ Traps In The Wild – A First! 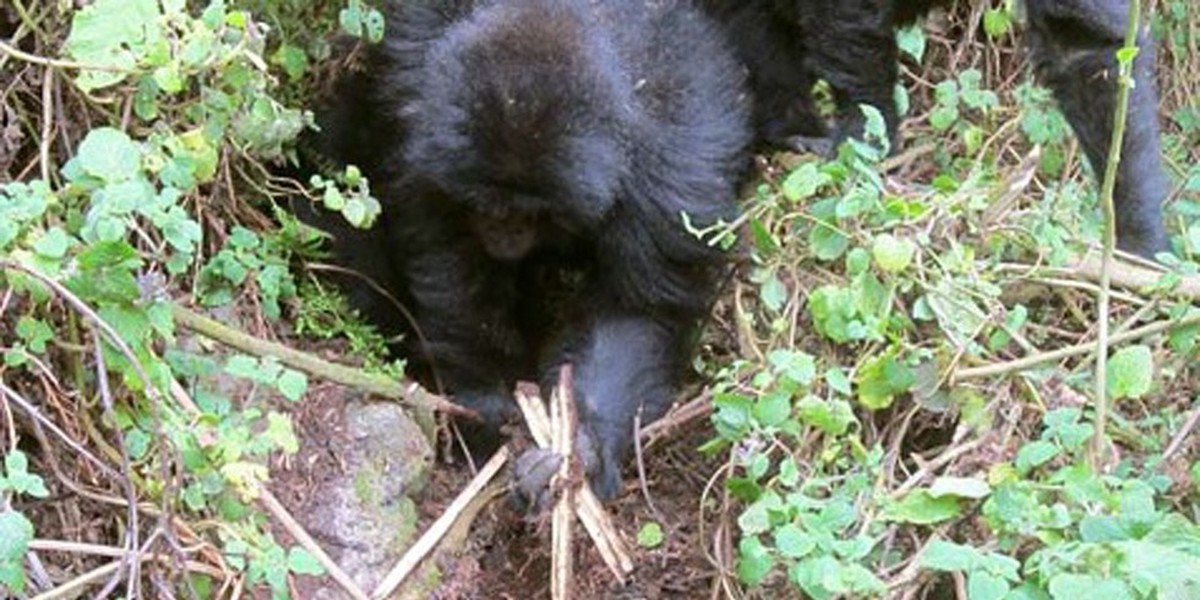 A pair of gorillas were observed seeking out and destroying poachers’ snares after an infant in their group was killed by one of the traps.

A few short days after a gorilla infant was killed, a pair of wild gorillas were caught on camera dismantling poachers’ snares. According to conservationists, this is the first time anyone has seen that kind of planning, precision, and ingenuity by mountain gorillas.

“This is absolutely the first time that we’ve seen juveniles doing that – I don’t know of any other reports in the world of juveniles destroying snares. We are the largest database and observer of wild gorillas, so I would be very surprised if somebody else has seen that.”

Reportedly, bush-meat hunters set thousands of rope-and-branch snares in Rwanda’s Volcanoes National Park hoping to trap antelope and other species. Now and again, apes are caught in the traps. While adults are usually strong enough to free themselves, youngsters aren’t always so lucky.

The incident, which took place in 2012, resulted in the death of a gorilla infant named Ngwino. The young ape was discovered too late by aid workers and apparently died of snare-related wounds. When she tried to escape, her shoulder had been dislocated and gangrene had set in after the ropes cut deep into her leg.

Because poachers have no interest in the gorillas, apes caught in traps are often left to die. This has prompted the trackers to seek out and destroy the snares. Such is an important task, as mountain gorillas face “a very high risk of extinction in the wild,” according to the International Fund for Nature (IUCN).

The conservations from the Karisoke center witnessed the gorillas’ ability to dismantle poachers’ snares when they were out one day combing the forest for traps. When tracker John Ndayambaje spotted a snare very close to the Kuryama gorilla clan, he moved in to deactivate it. However, he stopped when a silverback named Vubu grunted, cautioning Ndayambaje from approaching.

Suddenly, two juveniles – Rwema, a male; and Dukore, a female – ran toward the trap. As Rewema jumped on the bent tree branch and broke it, Dukore freed the noose. Then, the pair spied another snare nearby – one the tracker had missed – and raced for it. A third gorilla joined them and helped dismantle it.

“They were very confident,” she said. “They saw what they had to do, they did it, and then they left.”

Never before has anyone reported this kind of teamwork in destroying poachers’ traps. Some who work with apes, such as Dr. Mike Cranfield of the Mountain Gorilla Veterinary Project, aren’t surprised by their ingenuity, however.

“If we could get more of them doing it, it would be great.”