Vaxxed: MMR-Autism cover-up by the CDC is blown! What You Need To Know About Forced Vaccinations! 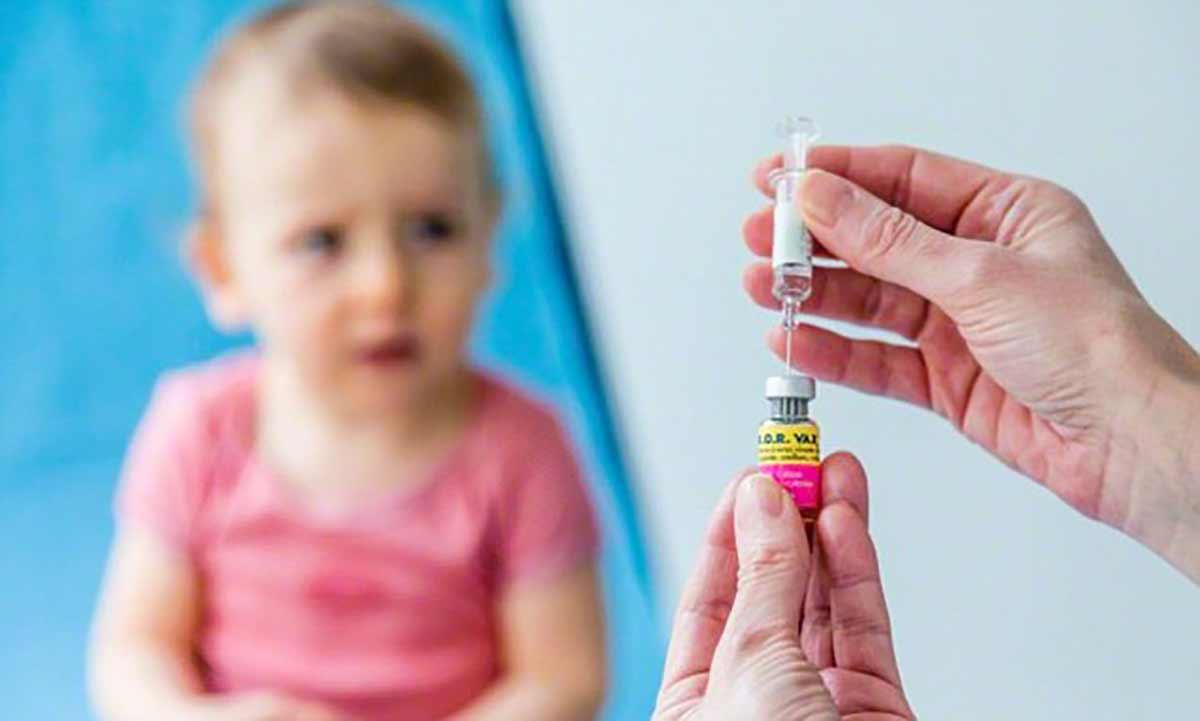 The groundbreaking documentary Vaxxed aired on 1st April 2016 and is directed by former doctor Andrew Wakefield, focusing on key testimony from Dr. William Thompson as well as the expert opinion of many scientists fighting to reveal a truly disturbing picture!

Perversely, many people today still erroneously believe that Andrew Wakefield committed fraud when he submitted a key research paper in 1998 showing a clear link between the administration of measles, mumps and rubella (MMR) vaccine and the appearance of autism and bowel disease.

We need to ask ourselves why?

Wakefield was a dedicated gastroenterologist and medical researcher who was deeply concerned about the public’s health and right to know about the lack of safety regarding the MMR vaccine, but he was quickly discredited as ‘anti-vaxx’ for taking a stance against an entrenched establishment, and his reputation irrevocably smeared by false propaganda.

In the years following his 1998 finding Dr. Wakefield published another 19 papers on the vaccine-induced bowel disorder. All were peer reviewed, and none have been retracted. However, none of these 19 papers are ever discussed in the media!

Did you know that, since 1998, a large number of replication studies have been performed around the world, by other researchers, that confirm his initial findings.

“â€¦ it’s been replicated in Canada, in the U.S., in Venezuela, in Italyâ€¦ [but] they never get mentioned. All you ever hear is that no one else has ever been able to replicate the findings.

I’m afraid that is false.” A. Wakefield

We can only guess what the agenda of the pharmaceutical industry is as they doggedly continue to push the MMR vaccine. Children today are typically given the first dose of MMR vaccine at 12 to 15 months of age, under the false premise that overloading their bodies is the ‘safest’ way to prevent illness.  I call BS…

Fear, it seems, is still a powerful way to blind the majority of educated and uneducated people… and if fear isn’t enough, then the threat of legal consequnces surely is!

Families that do not comply with the one-size-fits-all vaccine mandate, will lose their State Constitutional right for a free and appropriate education in public and private K-12 schools!

With so many researchers are speaking out about the negative effects of vaccines, this move to enforce ‘medical care’ is nothing less than medical tyranny, bowing to the corrupt agendas of those who have thousands of dollars, and thus tremendous economic and political power, to make sure their agenda is served and that the ‘correct’ outcome is assured.

California is already one of the most tyrannical states in the U.S. when it comes to forced vaccination policy. In 2011 Governor Jerry Brown signed into law AB 499 which allows minor children as young as 12 years old to be vaccinated with the Gardasil vaccine without the knowledge or consent of their parents. Legislatorsfelt that they knew better than parents which children needed these vaccines and took away parental choice.

Today, school officials and other medical professionals in California can usurp parental choice when it comes to certain vaccinesdesigned for sexually transmitted diseases, and give the Gardasil vaccine and the hepatitis B vaccine to minor children as young as the age of 12 without the consent or knowledge of their parents.

Did you know pharmaceutical giant Merck is the manufacturer of the Gardasil vaccine, donating $39,500 to legislators voting yea on AB 499!

When parents and members pointed out to California State Senator Dr. Richard Pan that many doctors were kicking families out of their practice if they did not conform to the CDC vaccination schedule, Pan reportedly ridiculed the parents and did not believe them! Dr. Pan is the co-sponsor of the new California bill, SB 277.

There are investigations going on in Japan regarding the numerous reports of injuries and deaths related to the HPV vaccines such as Gardasil. You will not read this in the pro-Pharma U.S. mainstream media. Lawsuits for damages due to the Gardasil vaccine in France likewise receive no U.S. mainstream media exposure. Instead, the U.S. media portrays the HPV vaccine as safe, and ridicules those who think otherwise.

Whislt Japan has put a halt on recommending HPV vaccines while their doctors and researchers investigate reports of serious adverse effects, lawsuits continue to mount in other countries outside of the U.S.

Di you know that you cannot sue drug companies in the U.S. by law for vaccine damages, and the U.S government is pushing for increased vaccination rates of the HPV vaccines in the U.S.Most people do not realize that the U.S. government also holds patents on the Gardasil vaccine and receives royalties from their sales!

Gardasil is a very dangerous vaccine, and the mainstream media is not publishing the other side of the story. Those who do, like Katie Couric, are forced to apologise.

Recent published studies have linked Gardasil to premature menopause in young girls. You can learn more about the HPV vaccine Gardasil here, including many stories from the victims.

SB 277 Mandatory Vaccine Law Does Not Currently Apply To:

Collectively, we need to act now! We cannot delay any longer!

Almost 20 years later, Vaxxed is here to set the record straight about MMR. Will we listen, or just shrug our shoulders and carry on, blind to the disturbing facts?

Already, the supposed ‘counter evidence’ against the whistle-blowing documentary have been leaked far and wide on the internet to discourage critical analysis of the data. For example, ‘skepticalraptor.com’ makes the clever assertion that “there’s been a lot of criticism by the pro-science community”, as if ‘Vaxxed’ is somehow anti-science.

This is a common tactic – the way those of a lower consciousness manipulate the minds of the many. When those with a higher level of awareness and understanding about life raise the alarm, they are branded as ‘anti-science’, and the ‘witch hunt’ continues.

Perhaps we shouldn’t make ‘vaccine science’ the new God we all bow down to, especially when it’s clear what the real motives are!

Higher wisdom demands we listen, and that we act to put matters right. We have given away our power for far too long to a toxic pharmaceutical industry and medical establishment which does not have our best interests at heart because commercial interests have consistently and tragically outweighed public interests.

Dr. William Thompson, a CDC senior Scientist has blown the whistle on this hideous cover-up, so we all need to take a good look at the clear factual correlation between administering the MMR vacine and sudden onset of autism in some children. In fact, it’s more than correlation… there is a clear case of ‘causation’.

“OH MY GOD. I CANNOT BELIEVE WE DID WHAT WE DID. BUT WE DID.” â€“ DR. WILLIAM THOMPSON, CDC SENIOR SCIENTIST & WHISTLEBLOWER

Millions of parents have allowed their children to take this unnecessary risk based on the guidance of the medical establishment and government, and they will no doubt get angry to find that they have been deliberately misled through the omission of crucial data, destruction of documents, misleading of Congress and the resultant grievous harm to innocent children.

Federal agencies should tell us the truth…but they haven’t. Power and greed have worked in concert to blind those who should be protecting us.

It’s clear that Andrew Wakefield cares about this information getting out there to prevent the further and unnecessary suffering of millions of children worldwide. He also wishes to clear his name, and we shouldn’t blame him for that.

To put things in sharp perspective, in 1978, the prevalence of autism was just 1 in 15,000 children. According to Stephanie Seneff, PhD, MIT Senior Research Scientist, if we allow things to continue as they are, 1 in 2 children will end up on the autism spectrum by the year 2032 (less than 20 years from now), and over 80% of boys will be affected.

Many people blindly shout ‘anti-vaxx’ whenever this evidence is presented to them because they don’t want to admit that this vaccine has not been proven safe and actually carries a high risk when administered to young children, and they certainly don’t want to admit the scary possibility that their own children could have been harmed in the process.

We need to demand accountability and transparency from all government agencies, and we need the record to be set straight.

It’s time we listened to the truth… again.

Vaxxed will be distributed by Cinema Libre Studio. Cinema Libre Chairman Philippe Diaz said, “We chose to distribute this film to correct a major issue, which is the suppression of medical data by a governmental agency that may very well be contributing to a significant health crisis. The media storm of last week also revealed another issue; the hyper mediatization by some members of the media and the documentary community who had not even seen the film, as well as Tribeca executives, which condemned it as anti-vaccine.”

2 responses to “Vaxxed: MMR-Autism cover-up by the CDC is blown! What You Need To Know About Forced Vaccinations!”